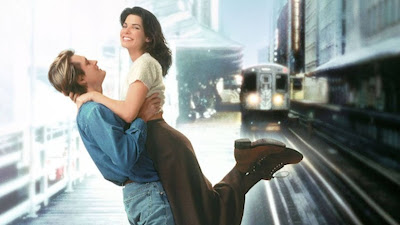 The studio that ruled the '90s!

Hollywood Pictures, an offshoot of Walt Disney Studios, didn't really rule the '90s, but it was their heyday. The majority of their output came between 1990 and 1999 when they had their biggest hit with The Sixth Sense. In fact, the studio made only six movies in the 2000s before it shut its doors permanently in 2007. It's the kind of studio that no longer really exists: they made mid-budget movies driven by stars and concepts, not properties, and I lament that they're no longer around. Let's celebrate their output with a 24-hour marathon of some of my favorites.

Thanks to Adam Riske for suggesting this theme! 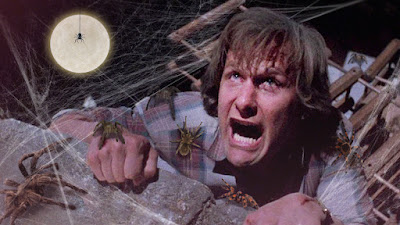 I wouldn't normally start a marathon like this with a horror movie, but seeing as it's technically the first film from Hollywood Pictures it seems as good as any place to begin. Plus, it totally rules -- one of the best PG-13 horror movies ever made and one that understands how to balance scares with fun. This is a good way to kick things off. 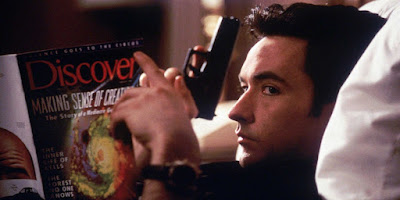 Per the Rob Gordon/Fleming rules, we've got to kick it up a notch for our second feature. Let's do that with one of my favorite Hollywood Pictures entries. Peak John Cusack plays a hitman who returns to his hometown to do a job and reunites with a super charming Minnie Driver, the girl he left behind a decade earlier. The soundtrack is great, the humor cutting and sardonic, the ensemble fantastic. It's pretty perfect. I don't want to get into a semantic argument about it; I just want the protein. 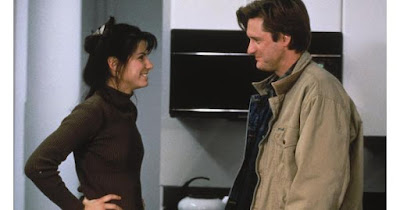 One of my favorite romantic comedies of the 1990s, this oversized brown sweater of a movie stars Sandra Bullock as a lonely woman who lies about being engaged to a comatose Peter Gallagher and ingratiates herself with his family in the process, including the great Bill Pullman as another potential love interest. The word "winning" feels like I'm damning this one with faint praise, but there's just no other way to describe how charming and adorable While You Were Sleeping really is. Plus, it's a Christmas movie! 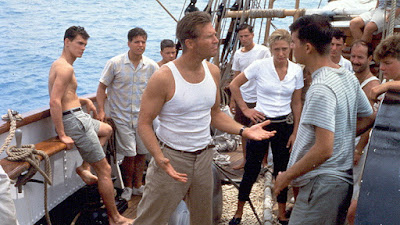 I know I'm only programming this here because I'm on a massive Ridley Scott kick, but of the two movies he made for Hollywood Pictures in the '90s (the other is G.I. Jane), this is the one I'd rather slot into our marathon. Jeff Bridges leads an impressive cast as the skipper of a bunch of school boys aboard the Albatross, which sank in 1961. It's pretty standard stuff until it turns tragic, which Scott handles with skill, with suspense, and with an appropriate sense of loss. 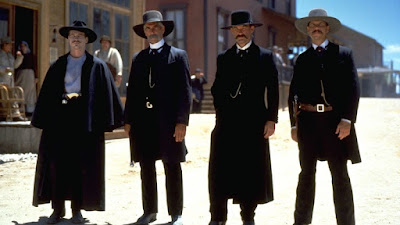 Primetime is always reserved for bangers, meaning it's time for Tombstone. One thing I'm noticing about all of these Hollywood Pictures movies as I'm programming this marathon is that they knew how to put an ensemble together -- they drew first-rate casts -- and nowhere is that more true than here. I may not love this Hall of Fame Dad Movie as much as its most ardent defenders, but it's super entertaining and moves along at an impressive clip. Any movie headlined by Kurt Russell and peak Val Kilmer deserves this slot. 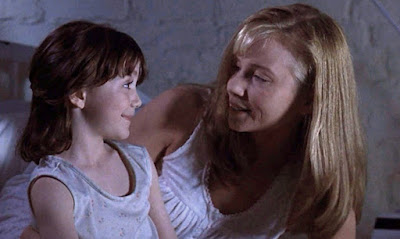 Normally we'd do a bunch of crazy horror movies during the overnight portion of our 24-hour marathon, but Hollywood Pictures didn't make a ton of horror movies. What they did make a ton of was "thrillers," on which they had the market practically cornered during the decade. Let's start off with a good one, in which Rebecca DeMornay gives good psycho as a nanny who becomes obsessed with the family for whom she's working. Good performances and solid direction by Curtis Hanson -- who would later go on to make L.A. Confidential and Wonder Boys and In Her Shoes -- elevate this one above the rest of the '90s pack. 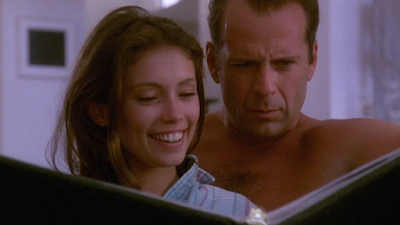 Now we can get properly batshit. Richard Rush's entry into the '90s erotic thriller genre is a total fiasco about a doctor who loses a patient, can't see the color red, relocates to L.A., visits an old friend's practice, takes over said friend's practice, then begins losing more patients. Oh and he falls in love with an elf named Jane March. It's all sort of an American take on the giallo and is super entertaining if you know what you're in for. Bruce Willis is sleepy at the center, but the rest of the ensemble makes up for it by climbing the scenery. This movie is amazing. 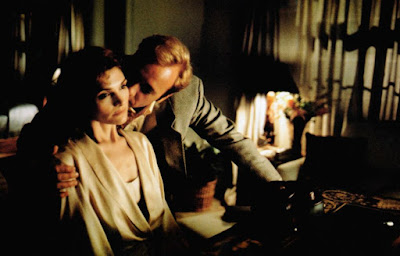 Our third consecutive thriller and the weakest of the three finds Kevin Kline (yay!) and Kevin Spacey (yuck!) swapping wives, which is all fun and games until someone gets murdered. It's crazy that titans of the 1970s like Pakula and Sidney Lumet were making trash like this and Guilty as Sin in the '90s. 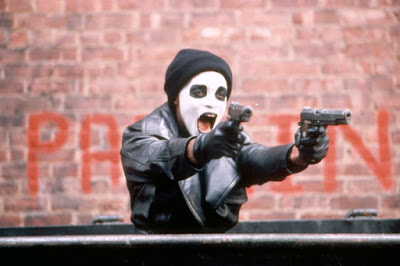 I'm not crazy about the placement of this one, but I wanted to be sure to fit it in somewhere. The Hughes Brothers' '90s era (era) blaxploitation movie shifts gears every half hour or so to become something different, but all of it is awesome and one of my favorite underrated movies of the decade. I like that Hollywood Pictures was sometimes willing to take a chance on young or up and coming filmmakers and give them a shot at a studio picture, even when it didn't always work out for them financially. Where's the Blu-ray for this one already? 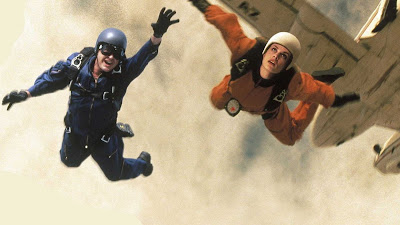 When they weren't trying to put out mid-budget star vehicles and the occasional prestige picture, Hollywood Pictures specialized in B-movies like Terminal Velocity, aka the Charlie Sheen skydiving movie. I enjoyed this when I saw it in theaters in 1994, but a recent revisit on Blu-ray made me realize I actually love it. No doubt Hollywood Pictures put out better action movies, but I'll be damned if I enjoy them more than Terminal Velocity. 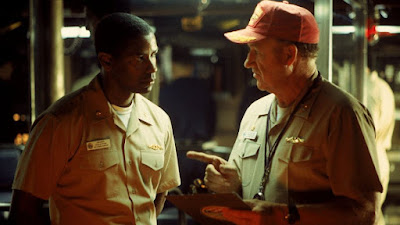 Had to sneak in a Simpson/Bruckheimer joint somewhere. This might be the platonic ideal of a Hollywood Pictures film: a B-movie premise elevated to A status by virtue of its direction and massive star power, but still with a deep bench of character actors rounding out the cast (though that probably has less to do with the studio than it does with Tony Scott, who always populated his films with familiar and welcome faces). I thought about programming The Rock as my Simpson/Bruckheimer pick just to get some Nic Cage in the marathon, but truth be told Crimson Tide would play better in this slot. 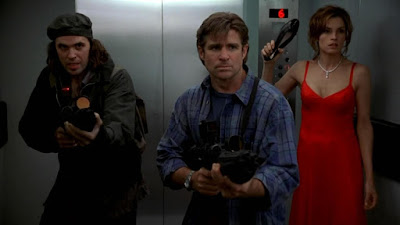 We'll stay underwater for our grand finale, a goofy and fun aquatic monster movie from writer/director Stephen Sommers. Treat Williams leads a band of pirates and Famke Janssen against a giant creature and it's exactly as entertaining as it sounds. I like closing out with a latter era (era) HP production, but more than that I want to go out on something fizzy and bad for us -- the kind of cinematic dessert that Stephen Sommers usually makes so well.
Posted by Patrick Bromley at 5:00 AM