Double Feature #1:
Adam: #1: Poltergeist (1982)
Patrick: #2: Cujo (1983)
Patrick: Trailers/Shorts: Hereditary, Psycho, The Brood
Patrick: Theme: Horror Moms
Patrick: It’s hard to not just program all horror movies at our theater this month, but I know we have to save some for October. JoBeth WIlliams in Poltergeist is probably the best mom in all of horror, but Dee Wallace in Cujo comes close. They both should have won Oscars for their performances.
Adam: This double feature will have me on edge, especially during Cujo. I can picture myself pacing around in the lobby. Cool theme!

Double Feature 2:
Patrick: #1: My Demon Lover (1987)
Adam: #2: Deadtime Stories (1986)
Adam: Trailers/Shorts: To Sleep With A Vampire, Carnosaur 3: Primal Species, The Unborn II, Killer Instinct
Adam: Theme: My Bloody Valentines
Adam: Scott Valentine is the best (and he did a lot of horror!). Did I ever tell you I had a dream once that Scott Valentine was my brother, and I was trying to get him to call me back? I hope a 35mm print of My Demon Lover still exists. It looks like it was shot on a View-Master. I watched it a few Octobers ago and thought it was a mixed bag (Deadtime Stories is less than mixed) but this pairing would be a blast. Plus, we’d totally be able to get Scott Valentine to appear for a Q&A between features.
Patrick: Scott Valentine would definitely show up. I didn’t realize he made so many horror movies! I like this pairing because the two movies are pretty close in quality; it’s not like we’re programming My Demon Lover with The Shining. Why wouldn’t your brother call you back? 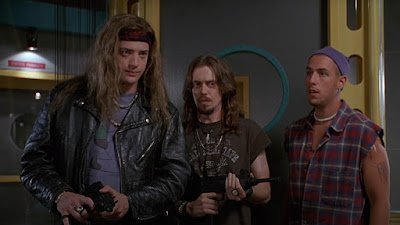 Adam: #1: Demolition Man (1993)
Patrick: #2: Airheads (1994)
Patrick: Trailers/Shorts: Machete, Sausage Party, Deadpool
Patrick: Theme: Mexican Food on Screen
Patrick: This popped into my head because we were just recently talking about Brendan Fraser shooting water into his microwave burrito on the Patreon episode. I’ll admit it’s not a great theme even though I think it would be a fun double feature in a super ‘90s kind of way.
Adam: These two would be fun to watch together. We should get a food truck or two outside the theater for this one. P.S. For some reason, the burrito in Airheads is the immediate image I have when I hear/read that movie’s title.

Double Feature 4:
Patrick: #1: Mortal Thoughts (1991)
Adam: #2: My Girl (1991)
Adam: Trailers/Shorts: City Slickers, Boyz N The Hood, Double Impact, The Prince of Tides
Adam: Theme: Columbia Pictures 1991
Adam: I need to see Mortal Thoughts! Your tweet recently about Demi Moore’s 1991 run resonated with me. She was an adventuresome actor/movie star back in the day. I couldn’t resist doing a 1991 tribute, so I went with the slate from Columbia Pictures. None of these were a slam dunk pairing with Mortal Thoughts, but I feel like re-watching My Girl (especially in a theater where we can all cry together #HeCantSeeWithoutHisGlasses) so I went with that.
Patrick: This is the exact kind of double feature that makes our movie theater different from all the others. I love this pairing, especially with the trailers, although it would be impossible not to wish I was watching all of those movies instead of/in addition to the ones we programmed. Columbia had it going on in the early ‘90s! 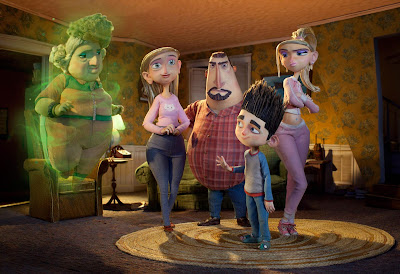 Adam: #1: ParaNorman (2012)
Patrick: #2: The Frighteners (1996)
Patrick: Trailers/Shorts: Ghost, Beetlejuice, The Sixth Sense
Patrick: Theme: I See Dead People
Patrick: Sorry to make you re-watch The Frighteners so soon after our podcast on it. This feels like a good warmup for October because most of the movies/trailers are horror-adjacent without going full-on into the genre. I haven’t revisited ParaNorman since theaters, either. Maybe we should watch it for Scary Movie Night this year?

Adam: I really like ParaNorman because it’s so sweet and modest (and square). I miss Laika. I know they’re still around, but it’s been awhile (...been awhile) since their last release. It’s not like stop motion takes a long time, what is the hold up?

Double Feature 6:
Patrick: #1: X (2022)
Adam: #2: The Witch (2015)
Adam: Trailers/Shorts: A Quiet Place, Night of the Living Dead (1990), Critters, Motel Hell, Tales from the Crypt “Four-Sided Triangle” episode
Adam: Theme: Frights on the Farm!
Adam: There’s a lot of farm horror! These two feel like they would go together since both are recent A24 horror releases. Plus, each deal with consequences of repressed sexuality. I sounded smart just then. X made me into a superfan of Mia Goth (and Brittany Snow…this was almost a “Let It Snow” double bill in her honor). Have you heard Mia Goth talk in interviews? I love her voice. It’s 2022 Minter.
Patrick: I haven’t seen Mia Goth interviewed but I love her performance in X and am so stoked for Pearl and now Maxxxine. Brittany Snow rules too! I still hope I see a movie I like more than X this year, so my favorite movie and favorite horror don’t overlap like in years past. 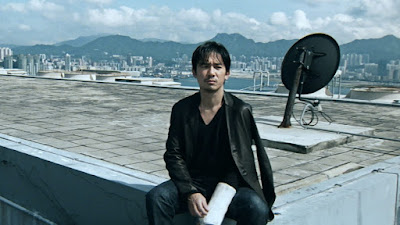 Adam: #1: Cape Fear (1962)
Patrick: #2: Infernal Affairs (2002)
Patrick: Trailers/Shorts: The Departed (2006), Cape Fear (1991)
Patrick: Theme: Remade by Scorsese
Patrick: Does this work as a double feature? I’m not sure. There are only two trailers, and I’m concerned we’re going to want to watch the Scorsese versions more than the movies that inspire them. I’ve never seen Infernal Affairs either. I know Criterion is putting out the trilogy in a few months, but it’s prohibitively expensive.
Adam: I tried watching Infernal Affairs once (it was after I saw The Departed) and found it challenging not to compare the two movies, which was an uninspiring exercise. I’m down for this double feature though because I’ve haven’t seen either film before in their entirety.

Double Feature 8:
Patrick: #1: Kindergarten Cop (1990)
Adam: #2: Three O’ Clock High (1987)
Adam: Trailers/Shorts: Battlefield Earth, There’s Something About Mary, Black Hawk Down, Red Shoe Diaries “Talk to Me Baby” episode
Adam: Theme: Richard Tyson Scares Me
Adam: Richard Tyson is like the Mr. Hyde to Thomas Jane’s Dr. Jekyll. I remember being terrified when I saw Kindergarten Cop as an 8-year old and much of it was because of him and his creepy ass ponytail. I still need to see Three O’ Clock High. I even rented it recently but let the rental lapse because laziness.
Patrick: Three O’Clock High is fun but probably won’t cure you of your TysonPhobia. I think it’s pretty sweet that we’re going to be watching some Red Shoe Diaries on the same bill as Kindergarten Cop. Get everyone all hot and bothered before introducing Penelope Anne Miller into the equation.
Adam: I’ll just be bothered. 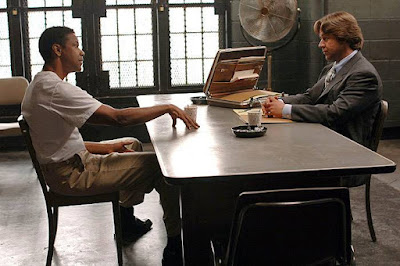 Patrick: American Gangster is so good and not talked about often enough, but I really don’t like the extended director’s cut on the Blu-ray because it ruins the perfect ending of the theatrical version. Same goes for the DC of Donnie Darko – it spells everything out and removes a lot of the nuance and mystery. Are there other Director’s Cuts you can think of that mess up the OG?

Adam: I’m trying to remember which ending is which from the American Gangster cuts. I’m due for a re-watch of that movie. It’s good! The Director’s Cut that messes up the OG that sprung to mind for me was Midsommar. It turns the movie from a Florence Pugh character study into an ensemble piece which dilutes the entire effect. There’s a couple of good scenes here and there in the added material, but it makes the sum less than equal to its parts.

Adam: Rob Zombie and Kevin Smith are filmmakers whose movies I lately have seen as Fathom Events premieres (thus viewing them askew). I lump both directors together at this point because they have similar trajectories for different (but probably also similar?) committed fanbases. Honestly, it’s gonna feel weird not seeing The Munsters as a Fathom Event. It’s become a Zombie/Smith tradition for me. Even though 31 is way darker than Yoga Hosers, the pairing made sense to me because I saw both as Fathom Events within a month of each other and they both feel like movies that would play well with one another on a double bill.

Patrick: I’m with you on all of this. It’s a bummer that neither filmmaker really gets a theatrical run for their respective films anymore, but they are both making movies almost exclusively for their fanbases at this point. Fathom Events probably makes more sense. I’m one of the few people who kind of enjoys Yoga Hosers, so I’m totally down chasing my least-favorite RZ movie with something sweet and fun.
Posted by Patrick Bromley at 5:00 AM