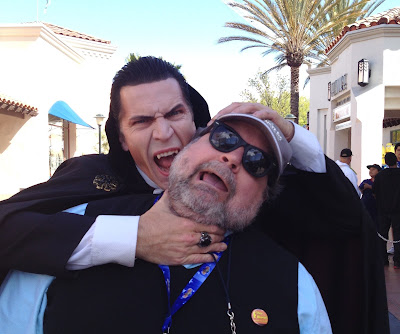 Well, that did not feel like a year at all. My federally mandated “leave of absence” from you, gentle readers, has come to a close. The ankle bracelet is off. I have sold my house, moved halfway across the country, and legally changed my name to Johnny California. I am back to tell you all, I will tell you all...

The Brain from Planet Arous is a very low-budget science fiction film, an early effort by fledgling producer Jacques Marquette, who would go on to produce and/or direct such classics as Teenage Thunder, Teenage Monster, and Attack of the 50 Foot Woman. He ended his career in Hollywood as a Director of Photography on series television, lensing hundreds of episodes, including Hardcastle & McCormick, The Greatest American Hero, and The Streets of San Francisco.

What distinguishes The Brain from Planet Arous from the hundreds of similar films produced during the heyday of Hollywod’s “Drive-In Mania” in the late 1950s is that The Brain from Planet Arous now presents itself in a brand-spankin’-new Blu-ray from the fine folks at the Film Detective. The transfer is pristine, the extras are plentiful, this party is just starting.

The plot revolves around nuclear scientist John March (John Agar) who becomes possessed by the titular brain, named Gor. Gor becomes inexplicably attracted to Agar’s best girl, Sally Fallon (Joyce Meadows), and tries to have his brainy way with her. Thank goodness that Sally’s fierce dog George is there to protect her honor by attacking Gor/John and driving him away. Later, Sally and her father (Thomas Brown Henry) go poking around in John’s business and meet Vol, another brain creature, but this one is a good brain. Vol hides himself inside… someone else (no spoilers for The Brain from Planet Arous!), just so he can keep an eye on that old rapscallion Gor! 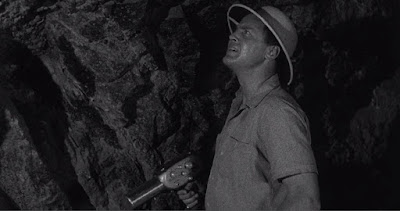 John March becomes more and more unhinged, suddenly appearing with eerie silver eyeballs whenever he gets really worked up. Will Gor take over the world after taking over John March’s body? Will Vol foil Gor’s fiendish plot? Will Vol find he likes the taste of [REDACTED] (No spoilers.)?

John Agar, usually cast as the good guy hero in innumerable ’50s sci-fi flicks (The Rocket Man, Revenge of the Creature, Tarantula, The Mole People, Attack of the Puppet People, and Invisible Invaders, to name a few) has a field day here playing a rare villain. In fact, I don’t know if it’s the subject matter, script, or Agar’s performance, but Agar’s early-in-the-film attempted rape of Joyce Meadows is very, very disturbing—certainly more disturbing because it is contained in what we first take to be a silly drive-in amusement. The scene is so disturbing it makes me wonder what might have been if John Agar had ever been cast in a serious dramatic film that would have stretched his obvious talents far more than, say, Daughter of Dr. Jekyll or Women of the Prehistoric Planet.

This story is told in a tidy 71 minutes by director Nathan Juran, who was so proud of his work here that he ran afoul of the Director’s Guild of America by insisting on being credited as “Nathan Hertz.” This film was Joyce Meadow’s first leading role. In interviews, John Agar complained for the rest of his life about the painful contact lenses he had to wear for this film. 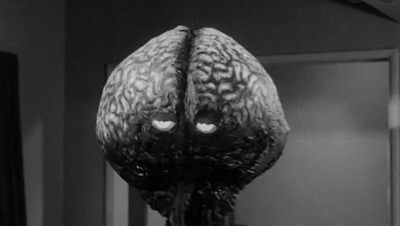 What makes the Film Detective’s new disc a Johnny California Must-Own (JCMO) is its banquet of new special features. Actress Joyce Meadows is still alive and Monstrous Movie Music’s David Schechter took her back to Bronson Canyon to film a delightful 13-minute featurette, "Not the Same Brain," which is a real hoot. Meadows also contributes to Tom Weaver’s terrific audio commentary; these Weaver commentaries are a highlight of every disc lucky enough to feature one. Weaver also managed to interview Robert Fuller about Brain; it was only Fuller’s second film, and he obviously feels very warmly about it. Fuller hasn’t sat for an interview in decades; it’s a measure of Weaver’s love of the genre and powers of persuasion that he was able to get the Fuller interview at all. (Readers my age will remember Fuller as the star of Seventies TV mega-hit, Emergency!) Fuller’s quoted memories are a wonderful addition to the commentary, as are contributions from Larry Blamire and David Schechter. Two additional featurettes from Ballyhoo Pictures focus on the career of director Nathan Juran. The film is presented in both full frame and widescreen formats. The disc’s booklet includes an additional essay by Weaver.

Before one laughs at the film’s very risible elements, low budget, lack of convincing special effects, a titular villain that resembles a weather balloon, it’s easy to see how the film’s innumerable television screenings in the sixties and seventies influenced other filmmakers. Stephen King has said that The Brain from Planet Arous was a direct influence on his Carrie, and Jack Sholder’s terrific Eighties B-movie The Hidden seems to owe more than a hint of gratitude to Arous as well. 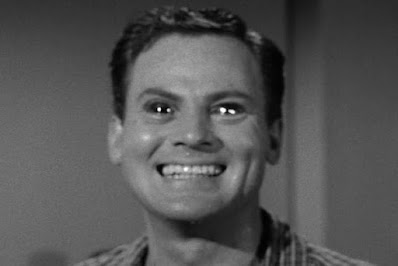 The Brain from Planet Arous has a very special California connection because, though I realize it was mostly shot on Hollywood soundstages, it is one of hundreds of movies and television shows to use Bronson Canyon in LA’s Griffith Park as a location. I have written about Bronson Canyon and its strange allure in a previous column on Teenagers from Outer Space:

“Any fan of movies and television will instantly recognize this famous location. It was the entrance to the Batcave in the 1960s Batman television show. It was the lair of Ro-Man in Phil Tucker’s Robot Monster. It was also used in White Zombie, Flash Gordon; the original Invasion of the Body Snatchers; The Searchers, Army of Darkness; Cabin Fever; Hail, Caesar; and Under the Silver Lake.” Television shows that used the famous cave include The Monkees, Star Trek, The A Team, The Dukes of Hazard, Gunsmoke, Wonder Woman, and Twin Peaks. What a versatile little hole.

It is my fervent California dream to one day visit Bronson Cave, meet up with a malicious extra-terrestrial brain named Gor, allow Gor to possess my very being, delight in my new shiny silver eyeballs, and ultimately take over the world.

I can hardly wait! I hope to bring you, gentle readers, along for the journey.
Posted by Patrick Bromley at 5:00 AM