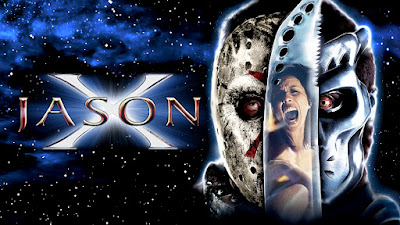 Nominated for a “Cinescape Genre Face of the Future” award (for Lexa Doig as Andromeda) at the Academy of Science Fiction, Fantasy & Horror Film Awards.

• Best Scene/Moment: Jason freezes a head in liquid nitrogen and then smashes it to pieces.

• Best Song: Nothing really to choose from so I’ll cheat and say “Bodies” by Drowning Pool because it was the song in the Jason X trailer. 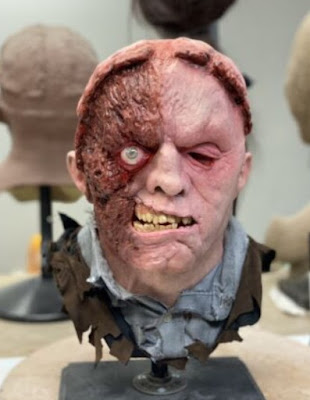 • Director Check: Jason X was directed by James Isaac who, before directing, started his career in special effects on such films as Star Wars: Episode VI - Return of the Jedi, Gremlins, Enemy Mine, Virtuosity, and David Cronenberg’s eXistenZ, to name a few. Isaac’s first film as a director was 1989’s Lance Henriksen/ Brion James vehicle, The Horror Show. Isaac also worked with Cronenberg on The Fly (1986) and Naked Lunch and was mentored by him. Isaac didn’t direct a film between The Horror Show and Jason X. After Jason X, he made two more films (a Jason Behr werewolf movie called Skinwalkers in 2006 and 2008’s action-thriller Pig Hunt). Sadly, Isaac passed away in 2012.

• Double It with This 2002 Movie: Halloween Resurrection 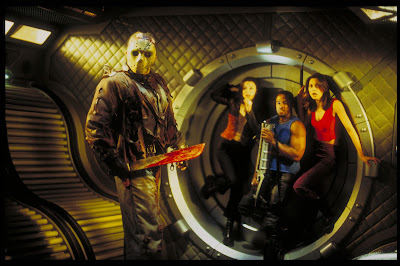 • Only in 2002: All the clothing and hairstyles which is kind of charming since the movie is supposed to take place well into the future. 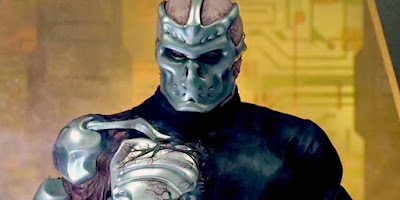 • What I Thought in 2002: I’m a bit embarrassed by this but I once said Jason X was my favorite movie in the Friday the 13th franchise, which seems insane to me now. I loved how campy this one was.

• What I Think in 2022: I mean, I give them credit for trying something different, but Jason X isn’t anywhere close to one of my favorites of the franchise anymore. Nowadays, I think the movie is just ok.
Posted by Patrick Bromley at 12:00 PM