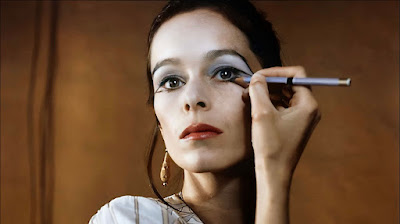 What started out as a joke became an idea for a column, and now I actually think it's a good idea. Some people make New Year's resolutions. Some set intentions for the year. Others scoff at the whole idea. But we, the movie-watching folk of planet Earth, know what really matters when it comes to goals for the year. Actually, maybe I'm the only person to do this. If you set movie-related goals for yourself please sound off in the comments so I can cheer you on and hold you accountable. But first, a few highlights of what I've seen the first couple weeks of 2023.

As I prepared to record the last Cult Movies Podcast for the season on Duck Soup (1933) I realized that's the only Marx Brothers movie I'd ever seen. And to be quite honest, I wasn't very high on it. So I watched Animal Crackers (1930), Monkey Business (1931), and A Night at the Opera (1935) and wouldn't you know it, those gents are pretty funny. I must've been in a funk when I watched DS a few years ago because I laughed my ass off during all three of these. The comedy stylings and the influence of each brother is undeniable. Groucho's speed and dryness with which he delivers his one-liners are still unmatched today. The facial expressions and physical comedy of Harpo are obvious inspirations for the comedy of people like Jerry Lewis (still, in my opinion, the funniest man to have ever lived), Jim Carrey, and Jackie Chan. Each movie follows the exact same template with the exact same beats and characters, but when it's that funny I could never tire of it. To say nothing of the musical talent of Chico and Harpo would be a crime. The way Chico uses finger guns to hit the high notes on the piano, and the speed of Harpo's fingers while he plays the harp are not only hysterical but stunning to watch. If you haven't seen a Marx Brothers movie or you just need a couple dozen belly laughs in your life, you can't go wrong with any of these. 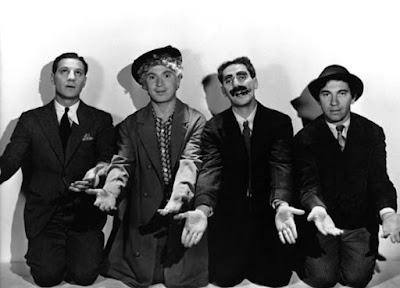 While I'm known as a curmudgeon when it comes to newer movies (JB and I share the title for this site), and especially big blockbusters, I have to admit something: I love Jurassic World (2015). Serious Christ Pratt has as much charm and screen presence as gravel, but it's all about the damn dinosaurs for me in these movies. Getting to see Jurassic Park (1993) on opening weekend in the theater was a highlight of my life. The Lost World (1997) was a bit of a let down. Jurassic Park III (2001), while highly disappointing when I saw it upon its release, has grown in my mind to be a pretty fun monster movie. But Jurassic World seemed to recapture the magic of the first film, and having watched it three times now, I can safely say it fits snuggly behind JP in the number two slot. Human gravel aside, the dinosaurs are still cool as shit, and the moment when the T-Rex shows up to kick some ass is one of my favorite movie moments of the 21st century. 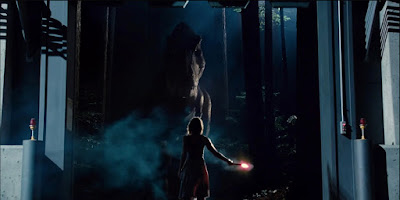 Finally, I watched a movie I'd wanted to see for ages but could never seem to find. Hard Boiled (1992) is never streaming, not on VOD, and the Blu-ray is out of print. But I finally got my hands on a copy and my mind and heart were annihilated upon watching it. It was like injecting a Monster and cocaine slurry directly into my heart. I was so amped up after watching it that I had to show the final hospital scene to my boys that night (Good parenting or GREAT parenting?). After saying Robert Mitchum was the King of Cool last week, I'm happy to say Chow Yun-Fat has reclaimed that title. There is absolutely nothing in the world like a Hong Kong action movie, and at the hands of a bombastic director like John Woo, this is easily my favorite discovery in the first couple weeks of the year. It's going to be hard to top this one. All other shoot-em-ups are only trying to emulate what Hard Boiled did. 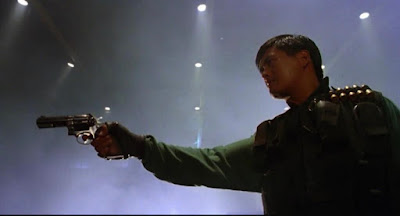 I've also watched a slew of short films. Without going into any details, here are eight of them I really enjoyed, all either streaming or on YouTube.

This leads nicely into the topic at hand: Movie Goals. A silly concept, yes, but fun to think about nonetheless. Last year (and every year since I've been keeping track) my most-watched actor and director were white men (Marjoe and Fulci). Of the 700 films I watched, 493 came from the United States, and 573 were English-speaking. These are films that have that information included on Letterboxd. You could add probably 100 to that first number and 60 to the second and it'd be closer to reality. These things need to change, thus my 2023 movie goals.

John Woo Will Be My Most-Watched Director

As you can see I got an early jump on this. Having watched three shorts and two features already, my excitement for watching as many Woos as possible has only grown. Several of his early films are hard to find (oddly enough his two student short films are on YouTube), but I am determined to see them all. Counting the two features this year (Hard Boiled and Manhunt), the only other Woos I've seen (but will be rewatching this year) are Face/Off (1997), The Killer (1989), and A Better Tomorrow (1986). I don't plan on going in chronological order (obviously) so it'll be a nice mashup of Woo through the decades. 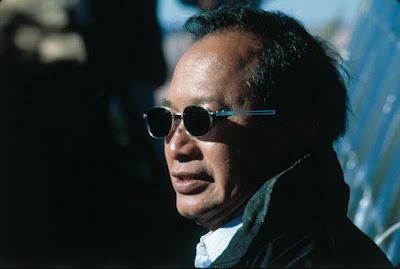 Geraldine Chaplin Will Be My Most-Watched Actor

With Remember My Name (1978) being one of my top discoveries of last year I realized how deprived I was of the greatness of Geraldine Chaplin. Before RMN, my only other experience with Chaplin was her hysterical turn in Jodie Foster's Home for the Holidays (1995). So as I'm looking at her filmography I see ahead of me some Altman I've never seen; the films she did with her husband, director Carlos Saura, and a few other Alan Rudolph films she did. It looks like I've got some great stuff to watch this year!

The above-mentioned stats notwithstanding, I could always use more culture in my life. Last year's dip into the French New Wave was enlightening, and I had a blast with most of the films I saw. This year my journey through French cinema will continue, but I also want to head even farther east into China, Hong Kong, Japan, and Korea. The three Akira Kurosawa films I've seen (Rashomon, Yojimbo, and Sanjuo) were fine. That statement alone is ridiculous, not to mention boneheadedly wrong. I need to set myself up for success when I watch these movies, meaning I need to watch them at home instead of on a computer with fewer distractions. And as I'll be watching more action films than I have in the past, I'll be turning to Hong Kong, China, and my friend Mike Scott for killer shoot-em-ups and martial arts films. My experience with the few Czech films I've seen have always been positive, so I'd like to watch more from that region. I'm also severely lacking in African and Middle Eastern cinema, so I'll be including several of those films as well.

I watched about 30 movies released last year. In the past I've complained about the lack of good and/or interesting new movies and, simply put, I need to shut the fuck up. I claim to love movies, yet I don't support (financially or otherwise) new movies. It's hypocritical to say the least. Not that the world needs another straight white man talking about new movies, but I need to put up or shut up if I say I actually love movies. This will sound obvious and, frankly, stupid, but movies always start out as new movies. My excuse has always been: “There's so many older movies I need to catch up on.” Well, you know what? Those movies will be there when the day ends. Why not mix it up? And to be honest, I sort of feel left out of the water cooler talk. I went to a holiday party last year and sat at a table where everyone knew me as “the movie guy.” Everyone wanted to know my five favorite movies of the year. I completely drew a blank because the last new movie I'd seen was back in September. Not that I need to be known as a movie guy, but c'mon. That was a little embarrassing. I also can't participate in several of the discussions in the Discord I'm in because they revolve around new movies. *sad trombone*

I Will Watch One Short Film Per Day

I blew the recorder for short films last year; this year I'll blow a bugle. I think the short form is crucial to cinema. Aside from Hard Boiled, the best thing I watched all year so far is a short starring Cate Blanchett called The Carnival Is Over. Some of the most powerful experiences I've ever had were during a short film. There's something special about seeing what an artist can do armed with a story and a camera in a short amount of time. The hypnotic state Stan Brakhage can put me in, the shock I feel when I watch a Richard Kern short, or the beauty that steals my breath away watching people expose all vulnerability and dance in front of a camera is something that could only happen in a short film. So a goal of watching one short film per day is quite attainable. Anywhere from 60 seconds to 14 minutes, it's a nice, little respite from the day where I can immerse myself in cinema. I will never stop preaching the art of short form storytelling and the enjoyment I get from it.
Posted by Patrick Bromley at 5:00 AM