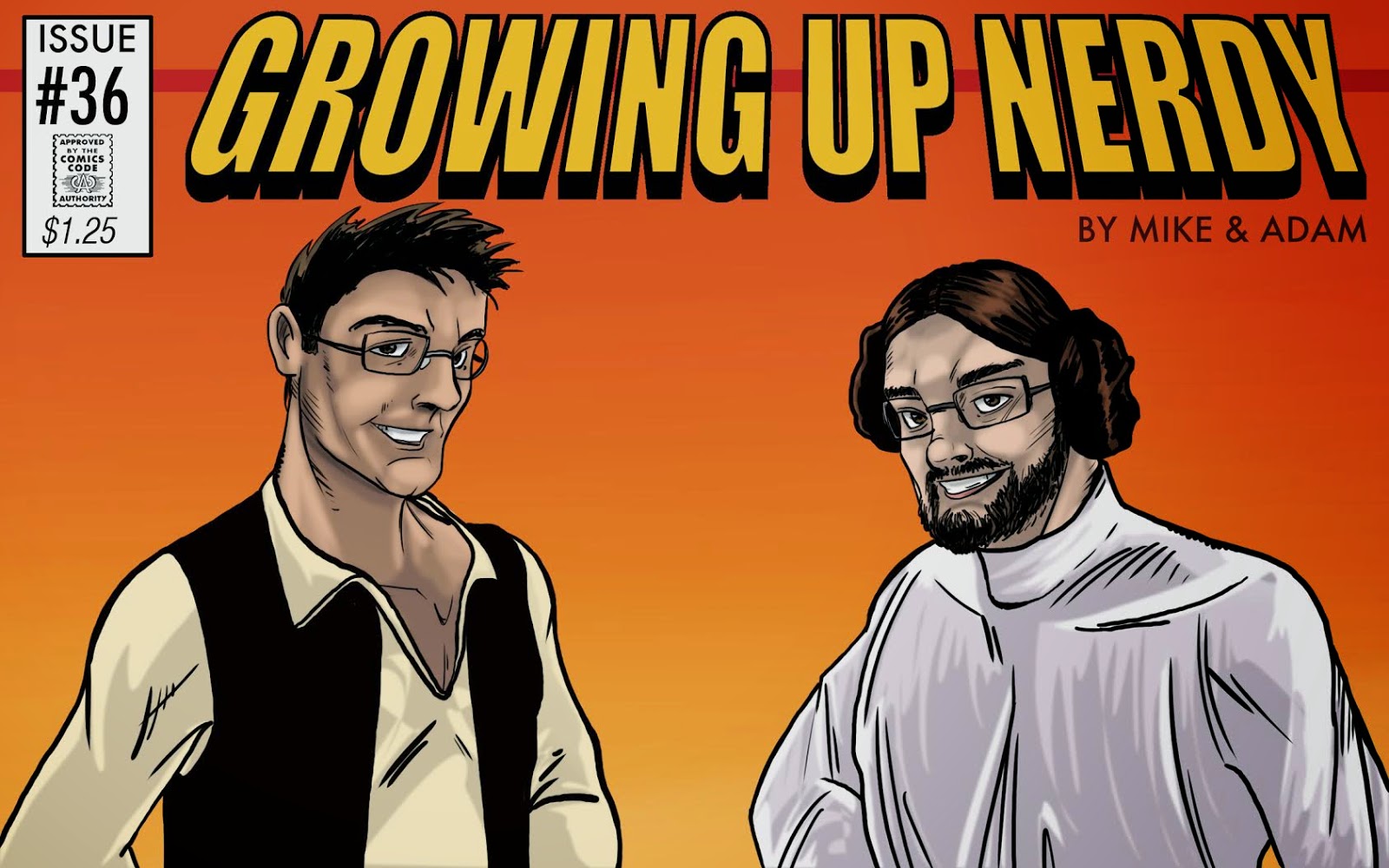 For a better (funnier) recap of this trailer, please refer back to this weeks Watchin’ Trailerz with Doug. All I’ll say on the subject is that I liked it a lot. There’s really not a lot to go on -- it’s a series of quick shots and it feels so short -- but it was enough to get me excited. I keep going back to the shot of the Storm Troopers and thinking to myself that it just looks different from any Star Wars film I’ve seen to date, and that’s reason enough for me to be happy. Patrick and I discussed it and he mentioned that for him it was missing that “Holy Shit!” moment, and I’m with him there. It would’ve blown me away to see a quick shot of Luke, Leia or Han, but at the end of the day who cares? Once that score kicks in at the end, I’m smiling ear to ear.

The problem with how I saw the trailer -- and maybe it’s a great thing, depending on how you look at it -- is that I watched it on my phone. The trailer debuted in only 100 theaters nationwide last week, and none were close enough to me, so I was forced (Ha!) to watch it when it hit the interwebs. I was at my parents house when it debuted and I couldn’t wait to get home to watch it, so I watched it on a teeny tiny screen. Was it ideal? No. Convenient? Yup. Seeing it this way, by myself clutching my iPhone, made me think of the greatest trailer-watching experience I’ve ever had and the journey we took to see it.

I feel I’ve discussed it over and over again on F This Movie!, but the fact remains that my all-time favorite trailer is the one for Star Wars: Episode I. I’m not saying that it’s the best trailer I’ve ever seen, but it’s the one that brought me the most joy.

I came home from school one afternoon to a message on my answering machine from Adam Thas, telling me to meet he and our friends Charlie and Matt at our local theater for a showing of The Waterboy, one of two movies -- along with Meet Joe Black (sorry, Patrick) -- because the Episode I trailer would show before AND AFTER the movie. Holy shit. I hauled ass over to the AMC 30 and bought my ticket for The Waterboy. I’ll never forget that there was a sign on the glass partition between me and the ticket seller saying that refunds would NOT be given to anyone leaving the theater after the trailer. That was new. 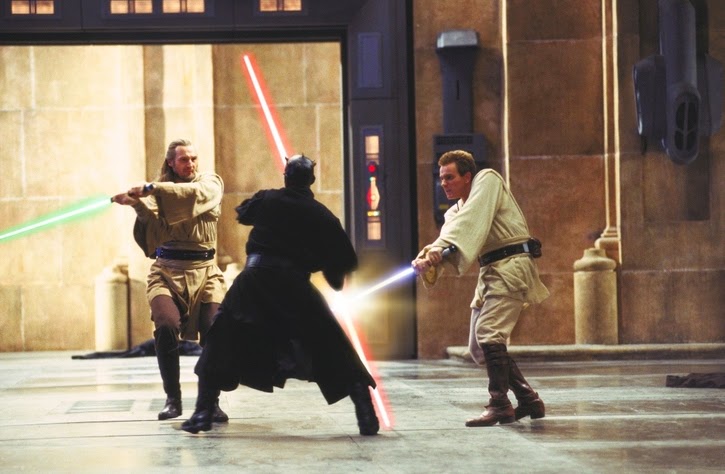 My friends saved me a set in the packed theater and we all sat nervously waiting for the first new Star Wars footage in 16 years. The lights went down, the trailer began and we all collectively held our breath. We all let out a cheer when “Lucasfilm LTD” showed on screen, then about 10 seconds later, right after the screen read “Every generation has a legend”...boom, it stopped. Black screen. At first we were unsure whether or not this was part of the trailer itself, but it didn’t take long to realize that it was not. A nerd riot was about to ensue. Luckily, after a minute or two the trailer picked up where it left off and we had just about all of the Star Wars excitement our little nerdy hearts could stand. The trailer ended and we lost our shit, screaming and cheering a fucking trailer. It was the best.

We now sat through The Waterboy, which felt like an eternity (imagine if we would’ve chosen Meet Joe Black! Again, sorry boss) because we could not wait to see the trailer one last time before heading out. Mercifully the movie ended, credits rolled, and we were treated to one more viewing of the Star Wars: The Phantom Menace trailer.

Leaving the theater was a blur. Without Twitter to turn to, we were forced to share our thoughts with one another. “Who was that red-faced guy?” “Can you believe there’s a double-sided lightsaber?” “Ewan McGregor even sounds like Obi-Wan!” Before we lived in a world where we had access to a million websites breaking down a trailer frame-by-frame, we had only each other and our memories.

While certainly not a great movie, and maybe not even a very good movie, stories like this one are the reasons Episode I will always hold a special place in my heart, and will likely remain the single most exciting trailer I have ever seen.

I knew nothing about The Lord of the Rings before seeing this trailer. Unlike Episode I where I already had a deep-rooted love of the Star Wars mythology before the movie came out, I had never actually read any of Tolkien’s work. I knew of LotR, of course, but that was about it. For whatever reason, however, the trailers for this movie spoke to me and I could not wait to see it. And unlike Episode I, Fellowship of the Ring lived up to my own hype and even surpassed it.

The Lord of the Rings: The Two Towers

Add the re-arranged version of the Clint Mansell Requiem for a Dream score and I couldn’t get enough of this one.

Seeing and hearing Heath Ledger’s version of the Joker for the first time was mind blowing.

This was a trailer I became obsessed with after the movie came out - especially the extended trailer. Since I couldn’t go back to the theater every day to see it, I’d sit at my computer at work and watch the trailer over and over again.

Adam: As far as the new Star Wars trailer goes, I had a very weird experience with it. You see, there are a lot of nerds out there that are very tech savy, don’t have much to do, and love Star Wars. The number of “leaked” trailers that started coming out the week after the trailer was announced was out of control. It was so out of control that I wasn’t even sure what was real and what was fake, because if you get a few minutes to watch one of these fake trailers, some of them are really good. So Friday I hop on my Facebook page and one of my nerd buddies has the trailer on his page. I click on it and I see the Storm Troopers, I see TIE Fighters, a Sith with a Longsword Light Saber and I think to myself, “Well, that was a bullshit fake trailer.” I went the rest of the weekend thinking that the trailer was fake until the internet blew up talking about it. So what is my opinion? It’s Fine (copyright Patrick Bromley, F This Movie!). It looks great, it got me really excited to see it, but it’s kind of like I’ve been set up on a date with my friends cousin of whom I’ve only seen a photo of her on his phone. Sure she looks good, I’m excited for the date, but she might be a fucking idiot and I’m going to punch my friend in the face later. Then again, isn’t that the purpose of every trailer? To get us excited for something that might suck?

As far as trailers I liked, shit there are a lot of them -- some of them for movies that ended up being really, REALLY shitty. 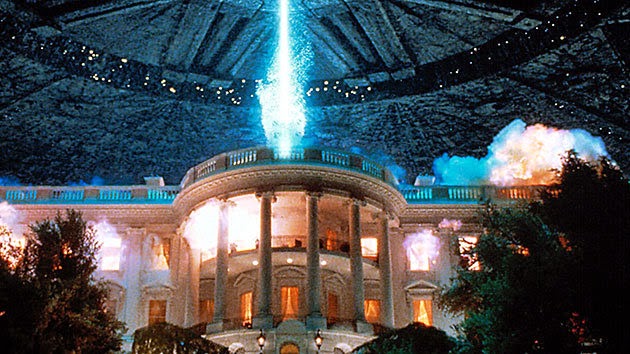 I’ll come out on this one: I’m not a fan of this movie. I know that would get me killed by many people (including some of you reading this), but I was so excited for that movie after the first trailer. It just seemed so epic, it had some amazing special effects, and one of the last shots of the movie is all the fighter jets and aliens fighting under the mothership and I was SOLD. I think that maybe if the trailer wasn’t as good as it was I wouldn’t have gotten so excited for it and the movie wouldn’t have let me down as much as it did.

Let’s just start this out by saying I like any trailer that Michael Bay has ever done. I fall for it every time with that guy! His trailers look so good like this giant beautiful star in the sky, until you realize it’s a giant asshole about to shit all over you and the money you spent to get in. Never is this more apparent though in the first Transformers trailer. It had “Missing Footage” of the Mars rover that took some mysterious images of a robot smashing it. I was so excited for it; here was a big budget movie with one of the main-stays to my childhood, could it get any better? Yeah, it could have been a lot better.

The opening to that trailer was Tarzan almost “skating” thought the jungle on a bunch of giant branches using the Deep Canvas technology that allowed for 3D rendering of animation. I thought it looked so sharp and I was blown away by it. I do like that movie, and while it’s far from the best thing that Disney has done, it delivered on the visuals in that trailer.

If you’re a regular reader of this column, you know that I cried like a little girl at the TRAILER for that movie. The movie itself...not very good, and to this day I don’t know if it was the mood I was in, the visuals, or whatever that got me so emotional that I broke down to crying at the trailer. I remember the movie being very boring and my girlfriend at the time fell asleep, but that trailer hit me right in the tear ducts. 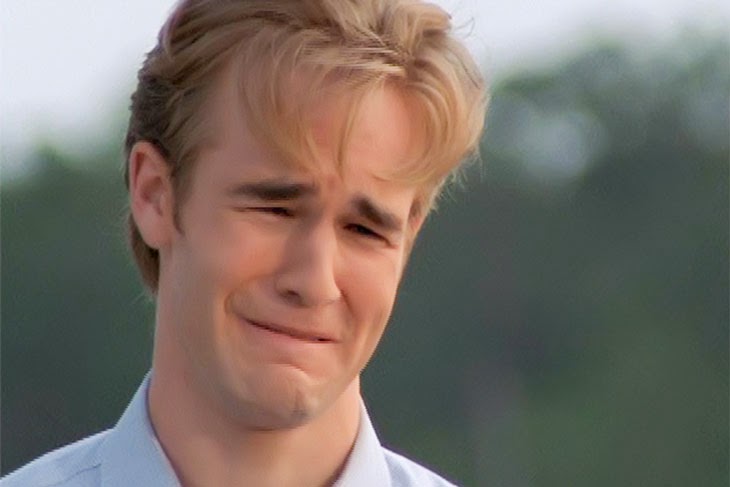 That first trailer was so fucking cool! That image of Robert Downey Jr. spreading his arms and the bombs blow up behind him, followed by the Black Sabbath playing in the background as Tony Stark in the original Iron Man suit goes and levels those terrorist was so awesome. The movie lived up to all the hype in my book, and when I think about trailers that utilize music well, that is definitely near the top of the list.

Girl With the Dragon Tattoo (Trailer #1)

Talk about a trailer that used music well. This may be one of my favorite trailers of all time. It had the new Trent Reznor version of "Immigrant Song" over it with all these great 1-2 second images playing over it making it like this short music video. Too bad the movie didn’t quite live up to that trailer, because it was awesome.

I was also going to add the Guardians of the Galaxy trailer to this list but I figured it was so new that all of us remember how awesome it was. Trailers are great, and I think we can all agree an art form in themselves with some of them being truly great, and other ones that have us saying under our breath “Well, that movie is going to suck.”
Posted by Patrick Bromley at 5:00 AM