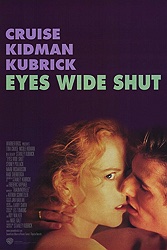 Adam Riske: Eyes Wide Shut (1999, dir. Stanley Kubrick) Here's a movie Patrick and I mentioned in passing as being a solid Christmas pick during our Holiday movie podcast. Eyes Wide Shut is a movie that gets better to me every time I watch it. Most recently I saw it on Christmas night last year and was blown away at how powerful it is. It's a marriage drama positing that what we think and dream is sometimes just as harmful as what we decide to act out upon. Plus, it has a stunning Nicole Kidman. OMG is she beautiful in this movie. 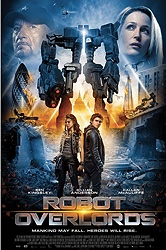 Adam Thas: Robot Overlords (2014, dir. Jon Wright) Jon Wright directed Grabbers, a movie I am very much a fan of, so when I saw he was getting a larger budget to do another movie about extraterrestrial invaders, I was excited even if it did have a shitty title. Robot Overlords takes place in the near future where Earth has been taken over by intergalactic robots and every person on the planet is tagged with a tracer and asked to stay inside. Robot Overlords starts out really great, with some wonderful moments where the pacing slows down and displays some genuine emotion, but like a lot of these teen-action movies it starts to fall apart when it stops being about the characters and tries to grasp a gigantic plot. Unfortunately for Jon Wright and Robot Overlords, I think the overall scope and idea ended up being bigger than the budget and started to feel rushed where it should have taken it’s time. Robot Overlords still has enought of the heart and fun that that made me enjoy Grabbers to recommend it, and to still hope I get another Jon Wright movie. 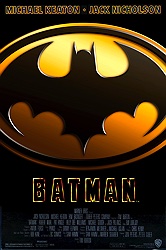 Heath Holland: Batman (1989, dir. Tim Burton) With the trailer for Batman v Superman: Dawn of Justice serving as a topic of conversation on the podcast this week, I thought this would be a good time to recommend by favorite live-action Batman of all time (I say live-action because nothing will likely ever top the animated Mask of the Phantasm as a pure Batman experience). I don't love Tim Burton's Batman because it's gritty and epic, but rather because the film exists as a middle path between the camp of the 1960s Adam West TV show and the bleak, post-terrorism world of Christopher Nolan's Dark Knight Trilogy. It seems to find the best of both those worlds, allowing a Batman (and Bruce Wayne) who finds humor in his surroundings, but also occupying a Gotham filled with murderers and psychos. And because it's a Tim Burton film, it also exists in a pure comic book world fabricated on sound stages and utilizing matte paintings and miniatures, which gives it a tangible, handcrafted touch that owes to its pre-CGI origins. Plus, I love Jack Nicholson's untethered performance (which I don't think we'd ever see from him again) and Michael Keaton basically playing Michael Keaton; Batman has never been so quirky and detached. What I love about this movie has changed a little over the years as I've gotten older and my perspective has changed, but the core of the film still works for me like gangbusters, even after all these years. Different people want different things from their superhero movies. This is what I want from Batman. 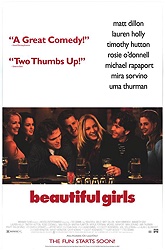 JB: Beautiful Girls (1996, dir. Ted Demme) I liked this, not loved this, the first time I saw it, and my affection for it has only grown over the last—gasp—19 years. At its heart, Beautiful Girls is a well-observed film about romantic relationships with a top-notch cast: Matt Dillon, Noah Emmerich, Timothy Hutton, Martha Plimpton, Mira Sorvino, Uma Thurman, Michael Rappaport, and a pre-Star Wars, pre-Garden State Natalie Portman as an underage manic pixie dreamgirl. Not all of it works; more of it does work than does not work. Some scenes, like Rosie O’Donnell’s tirade about men’s taste in women, come across a little “monologue-y.” I like the “lived-in” feel of the sets and the performances; the actors pull off the neat trick of seeming to have actually grown up with each other. Beautiful Girls is like an old, comfortable blanket. Stay home this weekend, make a fire (preferably in the fireplace), order a pizza, and wrap yourself in this movie. 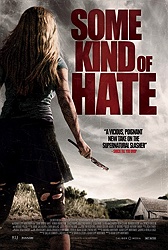 Patrick: Some Kind of Hate (2015, dir. Adam Egypt Mortimer) I was mixed on director Adam Egypt Mortimer's (RIP #Deathwave) directorial debut when I reviewed it a few months back. I thought it had a great first act and a really interesting, relevant premise but doesn't explore it as deeply as I would have liked. I'm excited that it's now available on Netflix because I'm anxious to revisit it, anticipating that the things I like about it will stand out and the other stuff will hopefully recede. Or not. We'll see. If nothing else, it will be a welcome break from the onslaught of awards bait I've been sitting through lately. However you end feeling about it, I think it's an indie horror movie worth seeing.
Posted by Patrick Bromley at 12:00 PM