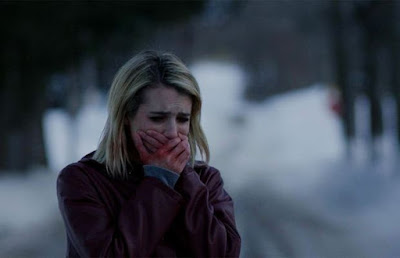 My favorite week of movies every year has introduced me to some great horror films since it launched in 2013. This year is no different.

Longtime readers of F This Movie! know that I have been covering the Chicago Critics Film Festival for the last four years, supporting and singing its praises since even before I was a member of the organization. It is my favorite week of movies every year, and has introduced me to some of my favorites in recent memory: I Declare War, They Came Together, The One I Love, Slow West, The New Girlfriend...the list goes on. One of the things I love about the festival is that there are horror movies programmed every year: in 2013, the fest showed All the Boys Love Mandy Lane when it was still impossible to see (even though I didn't love the movie, I appreciated the chance to see it after years of hearing about it). In 2014, they screened both Dead Snow 2: Red vs. Dead and Housebound, two of my favorite horror movies of that year, plus Bobcat Goldthwait's Willow Creek. Last year's fest offered the Chicago premiere of Goodnight Mommy, and while I wasn't a big fan it's impossible to deny that it wound up being one of the most talked about horror films of 2015 and one of the few breakout arthouse horrors not called It Follows.

The fourth annual CCFF kicks off this Friday, May 20, at Chicago's Music Box Theatre, with another promising lineup that includes David Gordon Green's Goat, the new John Michael McDonagh cop comedy War on Everyone, Taika Waititi's new movie Hunt for the Wilderpeople, the Chicago-shot Operator and my most anticipated movie of the fest, Ti West's In a Valley of Violence, plus many more. As a horror nerd, though, I take great satisfaction in just how many horror and horror-adjacent titles make up this year's program. Here are some of the highlights: 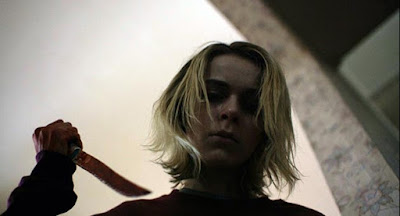 I have been hearing and reading about the debut feature from writer/director Oz Perkins (son of Anthony) since it made the festival rounds last year, screening at both TIFF and Fantastic Fest and garnering a whole lot of praise. Back then it was called February. It has since been changed to the more generic-sounding The Blackcoat's Daughter, but the praise is justified. Mad Men's Kiernan Shipka plays a young girl stranded at boarding school while she and another student (Lucy Boynton) wait for their parents to arrive; elsewhere in the film, Emma Roberts hitches a ride with James Remar and Lauren Holly. I don't wish to explain any more about the movie than that. It is not a film for impatient audiences, as Perkins really takes his time establishing a mood and putting all of his pieces in place before clueing us in as to what's actually going on. This is a beautifully constructed film made with care and precision. It's exciting to see a first movie that offers so specific a vision and a voice. Expect to see The Blackcoat's Daughter on my list of favorite horror movies at year's end. (Screens 5/24 at 9:45 p.m.) 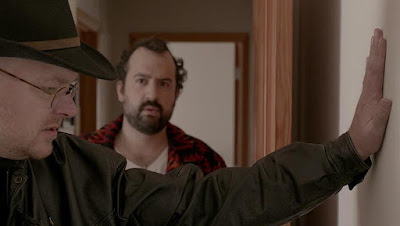 Another debut feature, this one from writer and Silicon Valley producer Carson Mell, casts Steve Zissis as the painter patriarch of a family whose vacation home is being haunted by ghosts. Enter Os (Mark Prosch of The Office and Better Call Saul), a ghost buster with unusual methods and an obvious need for companionship. Over the course of a few days, the two men hang out, get drunk, share stories and attempt to trap a couple of spirits. This low-fi horror comedy is as shaggy as it is small, resting on the performances of Prosch and Zissis and the relationship they develop. The good news is that both actors are terrific -- particularly Prosch, whose performance alone makes the movie mandatory viewing. His Os is such a specific and original creation: funny, sweet, weird, possibly pathetic, lonely, maybe gifted. One of my favorite things about the movie is that it keeps swinging back and forth between making us think that Os is a complete fraud and making us think he really knows what he's doing. The horror aspects only rear their heads every once in a while (including some jolting shots of a very disturbing-looking ghost), which may test those looking for a more traditional horror movie. Another Evil is more about turning the now-ubiquitous paranormal/possession genre and turning it on its head. It's very charming. (Screens 5/21 at 11:59 p.m.) 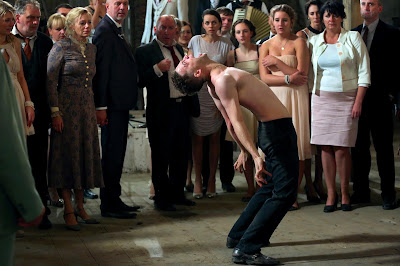 It's very difficult to talk about Demon without mentioning the fact that its co-writer/director Marcin Wrona committed suicide right around the time of the movie's premiere at the Toronto International Film Festival in 2015. It's a tragic loss of life and talent, as Demon demonstrates the Polish-born Wrona capable of really interesting work. It's a possession movie but not much of a horror film in which a man (Itay Tiran) is taken over by a spirit on his wedding day, disrupting the reception as his new father-in-law attempts to cover up what's going on and salvage the party by keeping everyone drunk on bottle after bottle of vodka. The film deals with a horror trope woefully underserved in movies: that of the Jewish legend of the dybbuk, a spirit that possesses a soul in search of accomplishing some unfinished business. The way that Demon approaches this idea is fascinating, as it gives the movie a historical context that makes it surprisingly profound. It's also very funny as a commentary on Polish traditions and culture, which has also been underserved in genre cinema. (Screens 5/23 at 9:45 p.m.) 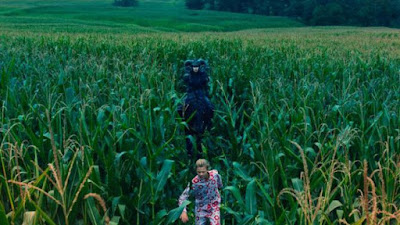 My colleague (and festival producer) Erik Childress put it best when he was describing American Fable to me: not outright horror, but definitely has a Stephen King/Bangor vibe. That's pretty spot on. Yet another debut feature, this one comes from Anne Hamilton and is just one of the many films screening at this year's CCFF from a female filmmaker (all the more reason to look forward to it). Young Peyton Kennedy gives a wonderful performance as Gitty, an 11-year old girl whose father (Kip Pardue) is in danger of losing his farm. When Gitty makes a discovery in the family's silo, everyone's lives are changed forever. This is not a horror movie -- though there is some imagery (like in the above photo) reminiscent of Heavenly Creatures and Pan's Labyrinth -- but I could absolutely see it being one of Stephen King's novels. It has that sense of place and character (Gitty is a total Stephen King character) and just enough of the fantastic to feel like his work. It is a gorgeously made movie and exactly the kind of small indie film that I love discovering at the CCFF. It's something special. (Screens 5/23 at 7:30 p.m. w/Q&A; 5/26 at 4 p.m.)

But these are just the horror films I was able to see in time for the fest! I'm also excited to see Trash Fire, the latest effort from Richard Bates Jr. (screens 5/20 at 11:59 p.m.; 5/25 at 10 p.m.). I'm a fan of Bates and have heard good things about the movie from my friend Heather Wixson, but I'd want to see the movie no matter what if only because it comes from Travis Stevens' Snowfort Pictures, and his has become one of the most trustworthy names in horror. Also screening is the Iranian horror film Under the Shadow from first-time writer/director Babak Anvari. It screens 5/22 at 4:15 p.m. 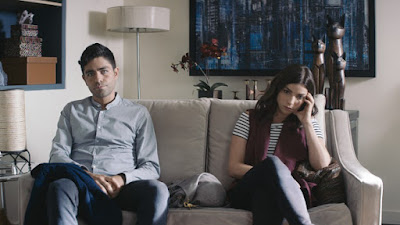 If you're anywhere near Chicago, don't miss out on the festival. If you're not, keep your eyes open for these movies as they are (hopefully) released in the course of the year.

You can see the full festival lineup here and purchase tickets here.
Posted by Patrick Bromley at 12:00 PM