1. The Jovovich of It All 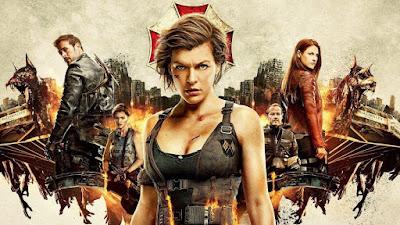 Let’s be clear: I know that the Resident Evil film series (comprised of six entries released between 2002 and 2016) has its share of fans. The movies aren’t for me, but I’m not here to yuck anyone’s yum. It’s great that one of my favorite media properties has spawned a multi-billion-dollar global box office powerhouse. Milla Jovovich is a wonderful ass-kicking hero, and I’m glad her portrayal of Alice proved that a female lead could open an action movie -- six, actually -- almost two decades before Wonder Woman. I have no interest in erasing the Paul W.S. Anderson Resident Evil franchise from our collective memories. However, as a lifelong fan of the original Capcom video game series, I’ve always considered the films a missed opportunity. The games (specifically the first three entries) feature a rich and complex tapestry of characters, suspense, hidden agendas, and small-town mystery. Uncovering the truth of what happened in Raccoon City (and why) has always been at least as fun as blowing giant holes in zombified frogs with grenade launchers. A rebooted film trilogy could go small, emphasizing story and character where Anderson’s work prioritized special effects and gore.

In 1998, zombie godfather George A. Romero directed a TV commercial for Resident Evil 2, a project that so thoroughly impressed Sony Pictures that they brought Romero on to write and direct the then-upcoming feature film adaptation of the first game. Romero wasn’t a gamer, it has to be said, but series creators Shinji Mikami and Tokuro Fujiwara clearly found Romero’s dark tone and methodical pacing to be an influence on their own work. Like Romero’s films, their games aren’t shoot-em-ups; they’re quiet, often introspective dramas punctuated by action (or, as Spaced’s Tim Bisley put it, “a subtle blend of lateral thinking and extreme violence”). It seemed like a perfect match: Romero needed a hit, and Sony wanted to give their project the proper horror bonafides. It...didn’t work. The screenplay Romero eventually wrote was flat and dull, leading Sony to ratchet up the action when Anderson came aboard. Still, Romero’s draft does a lot of things right: It retains the game’s claustrophobic haunted house setting, isolates the storylines of the two playable characters to maintain plot cohesion, and builds up to fewer, more impactful scares, rather than unleashing an orgy of machine-gunning mayhem.

3. To Live and Die in Raccoon City 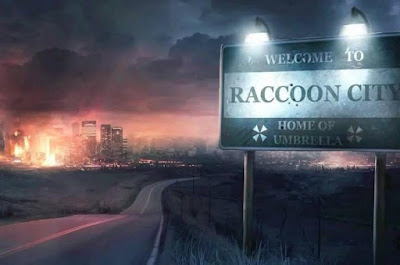 The cool thing about the early Resident Evil games is that they tell one story that could easily make a neat little trilogy: In Resident Evil, a SWAT team (led by Boy Hero and Girl Hero) investigate the disappearance of their comrades and have to fight their way out of a zombie-infested mansion. Along the way, they learn that a pharmaceutical corporation has manufactured a virus designed to bring on the next phase of humanity. Think the Captain America serum, I guess? That part was never really clear. It doesn’t matter. Anyway, the super virus gets loose and stuff explodes. Resident Evil 2 takes place six months later, after the virus has spread to nearby Raccoon City and turned everyone into zombies. New Boy Hero and New Girl Hero (sister of the first Boy Hero) investigate the town and uncover the larger conspiracy as they search for the missing first Boy Hero. Resident Evil 3: Nemesis is an interquel starring the first Girl Hero, which takes place the day before and the day after RE:2 and ends with the total annihilation of the city. If you’ve read this far — bless you — you might see how a small scale, interconnected film trilogy could work. 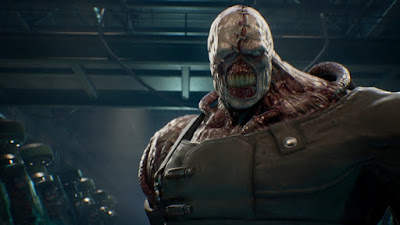 We’re in a cool period in horror filmmaking right now. There are no clear motifs, no blockbusting trends to follow, but there are SO MANY amazing voices in search of a larger audience. Imagine Mandy’s Panos Cosmatos making a haunted house movie featuring — no bullshit — a room-sized, man-eating plant. Little Shop of Horrors on (literal) steroids. Imagine what The Babadook’s Jennifer Kent could do with a murder of mutated, zombified crows. Imagine Midsommar’s Florence Pugh strapping on a bulletproof vest and rescuing lost children in a post-apocalyptic thriller directed by Revenge’s Coralie Fargeat. Imagine The Witch’s Robert Eggers designing a hulking Zombie Terminator costume for the Mountain from Game of Thrones. Shit, man, give the first film to David Gordon Green, the second film to Alex Garland, and the third film to Luca Guadagnino. Make it an experimental tryptic tone poem of psychedelic chaos that premiers on Shudder on Christmas Eve. Or make it an eight-part miniseries on Amazon Prime, for all I care. I don’t make the rules around here. Just do it.

5. It Can Work Around Zombie Fatigue 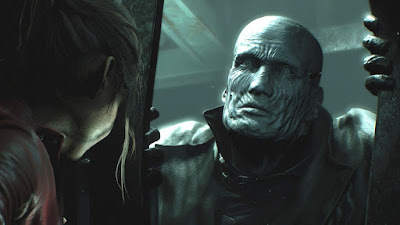 Look, I don’t want another zombie movie, either. They’re boring. We get it. They’re us. What else is there to really say? Luckily, aside from the classic opening encounter (my Resident Evil nerds will hear the “ding” now), zombies do not figure heavily into the series’ mythology. They’re roadblocks between checkpoints, at best, a convention that the film medium can easily dispense with. What our series needs is tension, atmosphere, and interpersonal dramatics. It should go beyond allegory. Dramatize Chris Redfield’s disillusion after the mansion incident and why it led him to abandon his post and the people he loves. Start an entry in medias res with rookie cop Leon Kennedy sneaking his way past a government quarantine and into Raccoon City. Do a bottle episode in which Sherry Birkin — the young daughter of the scientists responsible for the outbreak — navigates her way through an abandoned sewer system. Make it about the people. Make it about trauma and greed and espionage and seduction and survival and chaos and humanity. And hell, if we’ve got the time and the budget, make it about the giant alligator.
Posted by Patrick Bromley at 5:00 AM