Movies is Good: Screaming and Streaming

I once again turn my attention to the bewildering variety of streaming services to which I apparently subscribe. Which ones will get the boot come December?

This week I take a long, hard look at the steaming, streaming media that flows into my house unbidden, like ground water into a sump hole with an inoperable pump. Through fate, providence, or bad luck, I am still enjoying a “trial period” on some of these services. In a month or two, I will be forced to put on my big boy pants and decide which ones to keep. This is a difficult decision. Because my loving, departed parents, who grew up during the worst years of The Great Depression* refused to spoil me, I had to do it myself. Much like my experiences with the morass of cable television or the jungle of physical media, it pains me so to think that someone, somewhere is able to watch SOMETHING THAT I CANNOT. I have tried to correct that situation by surrounding myself with more movies than I could possibly watch in several lifetimes. Right now, I am typing with a 4K Blu-ray disc under each armpit… because I can.

One of my favorite Saturday Night Live sketches from the last few years was a parody Netflix commercial for that emphasized their amazing glut of programing. “[We introduce] the endless scroll: by the time you reach the bottom of our menu, there’s new shows at the top, and THUS THE SINGULARITY WILL BE ACHIEVED.” 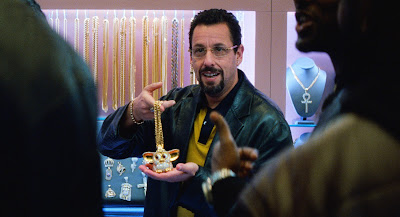 NETFLIX seems to have raised their price a few times in the last few years. If you like recent movies or stand-up comedy specials, you can’t go wrong with Netflix. Monty Python, Portlandia, and The Twilight Zone are all exclusive to Netflix, as well as a nice batch of great movies like Zodiac, Hail Caesar, Mary Poppins Returns, Scott Pilgrim Vs. The World, Drive, Walk Hard, and Spotlight. Netflix also currently hosts lesser-known sleepers that I loved, like The Little Hours, Killing Them Softly, Where Did Jack Go, and A Serious Man. It’s nice to have all of these available at the touch of a remote button, but I think the main reason to keep paying for Netflix is their ability to produce major works that I would actually have paid money to see in a theater on a regular basis: Dolemite is My Name, The Ballad of Buster Scruggs, The Irishman, Da 5 Bloods, and Roma are some of my favorite films from the last few years. Counting admission and popcorn, if Netflix can release just one of these a month, my subscription pays for itself. 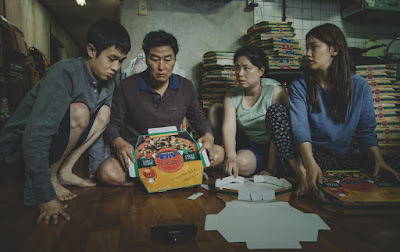 HULU seems the likeliest candidate to get the boot, but Disney (either sensing this or listening in on my private conversations through my Amazon Alexa) offers it as a bundle with Disney +, so if I decide to “re-up” with Team Mouse in November, Hulu might come along for the ride. Hulu hosts Parasites (Wait! Is that why six-legged vermin are constantly streaming out of my Apple TV box?). No, what I mean to say is that the Oscar-winning Parasite is exclusive to Hulu. Hulu also offers the Beatles documentary Eight Days a Week, which I apparently need to watch monthly, and the ability to stream FX Channel content the day after their first airing, commercial-free. This is useful for watching Better Things and What We Do in the Shadows, two of the best comedies on television. Every episode of the original Dark Shadows is on Hulu too! Hulu’s horror content is a little spare, although you can find both Roman Polanki’s The Tenant and Anna and the Apocalypse on Hulu. Obviously realizing that the channel is a little light on horror, Hulu corrects this by listing non-horror movies in their horror category. I’m sorry, Parasite is not a horror film and neither is Gorky Park. Unless I can bundle it with Disney +, looks like Hulu is “going the way of the Sequeway” come this fall. 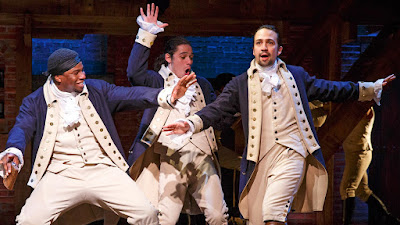 DISNEY + seemed to realize that I was on the fence about re-subscribing a mere six months into my free trial, and that is why they premiered Hamilton on their streaming service a full year before it was supposed to pen in theaters. Don’t be fooled—they did that to keep me as a subscriber. It’s nice to have all those cartoons, all the Marvel movies, and all of Star Wars in one place, but I think that once I work my way through all the shorter classic cartoons, I might wonder if Disney is worth the monthly fee. As of this writing, I have watched Steamboat Willie thirty-five times. Of course, this fall, The Mandalorian will start its second season. I am in love with this program and wish there had been programs like this when I was growing up. Decisions, decisions!

Thank goodness that I get a free year of APPLE TV+ because I recently bought a new laptop; I would have cancelled it already. (As if you can ever cancel anything from the Apple-verse. You know Steve Jobs is still lurking somewhere in your phone, tablet, or laptop, just waiting to fuck with you.) Unless I’m doing it wrong and there are boatloads of content hiding from me somewhere on another screen, Apple TV+ seems to offer a few exclusive television programs, none of which I want to watch. Apple seems loathe to offer the treasure chests of content of other streaming services because that would decrease their revenue from renting and selling movies. Apple TV also seems far more interested in being a simple conduit to other streaming services for an additional price: the Arrow Video Channel is $5 a month, Britbox is $7, and Cinemax is $10. Apple TV+ seems less like a streaming service and more like an immense hole in the ground into which I’m supposed to keep tossing money. No thanks.

I will never cancel SHUDDER as long as Joe Bob Briggs hosts The Last Drive-In. Never.

AMAZON PRIME is a fringe benefit of “free” expedited shipping, so I don’t see me cancelling it anytime soon. Amazon rivals Netflix in having so much content that you couldn’t watch it in several lifetimes. Most of the James Bond films are available to stream in 4K, if you have a set-up that’s capable. The Once Upon a Time in Hollywood that’s currently streaming on Amazon Prime looks better than the 4K Blu-ray of the title I purchased. It’s convenient that for many of the titles I purchase on physical media from Amazon, they are also available to stream. Their Amazon Music service does something similar. Amazon is the exclusive home of The Addams Family television series, a boatload of smaller, excellent documentaries (At the Drive-In, American: The Bill Hicks Story and Looking for Lenny being but three) and smaller, excellent narrative films (Vivarium, The Party, and Plan 9 from Outer Space!) Like the ubiquitous online retailer, Amazon Prime ain’t going nowhere.

THE CRITERION CHANNEL is something I believe in, like a museum. Even if I never watched it (and I watch it plenty, believe me.) I would still think the monthly fee was worth paying just to sustain it. It’s $11 a month, but if you pay for the entire year, it’s only $8.30 a month, a mere bag of shells. I’ve been with the Criterion folks since their laserdisc days; I’m not going anywhere.

The two latest streaming services that I am fantastically high on are HBO MAX and PEACOCK. If one subscribes to HBO on Xfinity/Comcast cable, both are free, and an extra $5 a month will give you Peacock Preferred Plus (the “Plus” is pudding) that offers expanded content offerings and no commercials. I am very impressed by the amount of content on both services and the quality of the content itself. 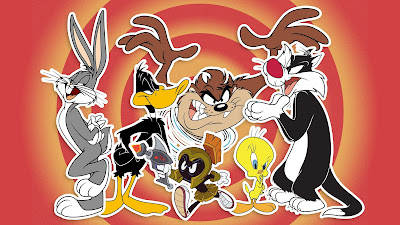 HBO MAX offers everything appearing on that premium cable channel every month, plus hours and hours of Looney Tunes, and a sub-channel curated by the Criterion Channel that features 480 older movies, most of them classics: The 400 Blows, The original Blob, The Candidate, the original Cat People, Citizen Kane, all of the Criterion Chaplin films, all of the Showa-era (era) Godzilla films, A Hard Day’s Night, Hoop Dreams, Idiocracy, Lifeforce, Magnolia, The Most Dangerous Game, Night of the Living Dead, Quadrophenia, Safety Last, the first three A Star is Borns, That Thing You Do, The Wild Bunch, and Woodstock. Woo!

PEACOCK’s offerings remind us that NBC owns Universal Studios (or maybe it’s the other way around?) and Universal has made a lot of movies in their more than 100-year history. Peacock currently offers all of the Universal Hitchcock films (including Shadow of a Doubt, my favorite) and every episode of the Alfred Hitchcock Presents television show. Every classic Universal horror film is here, including the Abbott & Costello ones and all of the Hammer Films released by Universal. I’ll repeat that—EVERY CLASSIC UNIVERSAL HORROR FILM. (Pant, pant—I’m okay now.) You can also find every episode of The Munsters, every episode of Columbo, and all of the Paramount Marx Brothers’ films. Lesser-known gems include Bug, Confidence, Big Fan, Grace of My Heart, Talk Radio, and Hard Candy. It’s an embarrassment of riches. 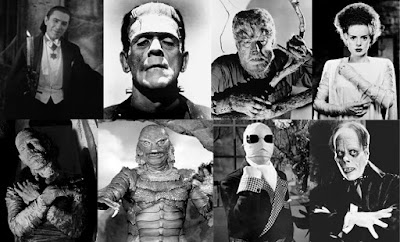 At this point, I lean back in my oversized office chair, and take stock. Even if I wind up keeping all of these streaming services and cancelling none of them, the tab is about $120 a month, the equivalent of ten movies, plus popcorn. Before the world changed, I used to see an average of fifteen movies a month. I don’t anticipate going back to a movie theater before either 2023 or a working vaccine. Could it be these streaming services are actually saving me money? Plus, with the possible exception of the Music Box Theater, the happiest place on earth, my popcorn RULES.

*Google it.
Posted by Patrick Bromley at 5:00 AM