Reserved Seating Presents The Rest of the Furious: FOUR BROTHERS 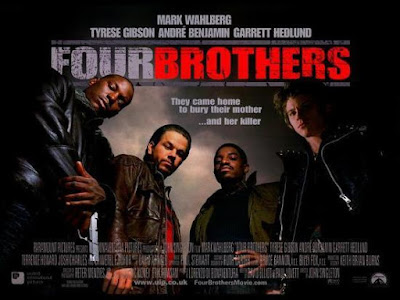 The review duo whose kid brother is Garrett Hedlund.

Adam: Our Rest of the Furious series (which follows Fast & Furious family members through their non-Furious cinematic pursuits) continues with a look at one of Tyrese Gibson’s best movies: 2005’s Four Brothers, directed by the late John Singleton. Gibson co-stars as Angel, one of four men (the others played by Mark Wahlberg, Andre Benjamin, and Garrett Hedlund) who were adopted siblings that return home to Detroit to exact revenge for the murder of their beloved mother (Fionnula Flanagan). The film features an impressive supporting cast which includes Terrence Howard, Josh Charles, Sofia Vergara, Chiwetel Ejiofor, and Taraji P. Henson.

I love Four Brothers. I read in the IMDB trivia that John Singleton described his movie (which is nicely influenced by tropes of both the Blaxploitation and Western genres) this way: “This is one of those ‘Saturday Night Special’ movies. You have a good time...and enjoy it for what it is.” This is a great summation because the movie isn’t trying to reinvent the wheel but instead is there to entertain you completely. The action sequences are exciting, the humor is cringy but almost more funny because it’s so cringy, the performances are spirited, the music is great, it’s shot on location giving the movie a unique look and feel, and it has all the bravado you could ever want. Four Brothers is the type of movie that makes it impossible to write off Mark Wahlberg. Despite being somewhat of a meme and often miscast, when Wahlberg gets a part like he has in Four Brothers, it’s hard to imagine anyone better in that role. Did I mention I love this movie? I also miss this type of Tyrese, where early in his career he had an edge to him as a screen presence.

Rob, what do you think of Four Brothers? 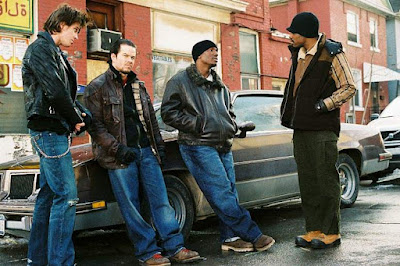 Rob: This was my first rewatch of Four Brothers since the theater, and I had a ton of fun with it. It’s such a relief to turn on a movie and feel like you’re in good hands from the opening. It’s such a relief to get that “real movie” feeling, right? And it’s not that Four Brothers is the apex of cinema — I’m not saying that — I’m saying that it’s just a damn fun movie with no ulterior motives aside from our entertainment. It’s insanely watchable. It should be running on cable every day. I don’t want to start another “movies like this don’t get made anymore” conversation, but, well, you know. Part of it is studio priorities (one mid-budget movie vs. an entire IP universe), but so much of it is clearly Singleton. He’s a great actor’s director who understands genre not just from a craftsperson’s perspective, but from an audience’s, as well. He is a movie fan and knows exactly what we want to see.

And it’s not to say that Four Brothers isn’t a bit of a mess. Many of the characters are underdrawn, and so much of the plot — especially some of the big gambits at the end — don’t exactly hold up to logical scrutiny. But there’s so much genuine energy to Four Brothers that you never really mind. It’s not cloying. It’s not pretentious. It’s not a “turn off your brain” movie, whatever those are. It’s just fun and earnest. Singleton got so pigeonholed as a “message” filmmaker earlier in his career that we often forget how much fun his work could be.

Adam: How would you rank each of the brothers in order from favorite to least favorite? I think I’d go Wahlberg-Gibson-Hedlund-Benjamin. I’m 100% convinced Mark Wahlberg is not acting in this. He looks like he’s having the time of his life. I love when he steals the basketball during a rec league game and taunts the players with “I got the rock now!” Hedlund’s grown on me over the years. He’s pretty green in this part but that suits the character. When I first saw him in Four Brothers I thought he was like a punk rock Ron Eldard.

Rob: My ranking is probably the same, and I agree that Wahlberg seems like a pig in shit in this role. Singleton apparently encouraged him to improvise, which is a lot like telling me that I can have as many Doritos as I want: Things will go too far. But he’s just so completely charming and so thoroughly irredeemable (maybe even more so than in The Departed) that you can see why the other three follow him despite his complete lack of any tangible authority. He’s just a sheer force of personality. That basketball game scene you mentioned is like some kind of absurdist masterpiece. The scene where Wahlberg is on the toilet and Hedlund is in the shower and Gibson comes in and asks everyone to look at his penis...I mean, if you want something else from your movies, I’m afraid we just can’t be friends.

Sincerely, though, those family moments are what make Four Brothers really sing. Their rivalries, their camaraderie, their whole dynamic. Flanagan’s deceased character coming to them in visions is such an interesting conceit, too, something that really humanizes these ridiculous, insecure excuses for adult men. Even when she’s not there, though, her presence in their lives is so strong that just a knowing glance or a scold about the messy condition of the coffee table is enough for them to straighten each other out. That’s simple, elegant characterization. That’s when Four Brothers is at its best.

Adam: I’m pretty sure this was the first movie I ever saw Chiwetel Ejiofor in and he’s great as the main villain. He’s such a creep. What did you think of his performance? He reminded me of Alonzo Harris in Training Day. I also appreciate that Josh Charles is playing the exact same part he played in S.W.A.T. 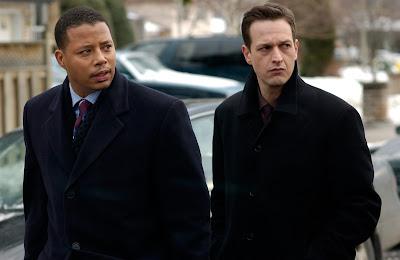 Rob: I was first introduced to Chiwetel Ejiofor as the Operative in Serenity (2005), and while that character is a very different brand of villain — much more literate and self-serious — the ludicrously-named Victor Sweet is another great showcase for his range. He’s the best! I’m always happy to see him pop up in these supporting roles, but I think he’s due a real star turn. He’d make a great James Bond. 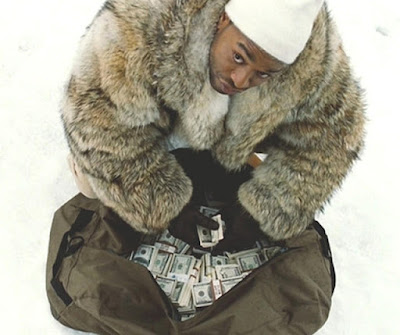 Adam: The next James Bond should be Michael Fassbender imho. Continue...

Rob: Should we talk about Sofia Vergara? She’s the one female character who gets anything to do, and while she's the target of some pretty nasty vitriol from Wahlberg, she does come through as Gibson’s ride-or-die in a big way. His relationship with Vergara tells us a lot of what we need to know about a character who doesn’t have a ton on the surface.

Adam: I really like her in the movie. She’s called upon to be attractive (check) and wild (yup) so it works. It’s also cool seeing her in a performance before Modern Family so firmly cemented her on-screen persona. Where does this rank for you among John Singleton’s filmography?

Rob: It’s been a long time since I’ve seen Higher Learning, and I don’t think I’ve seen Poetic Justice or Rosewood, but in terms of what I have seen, this would probably be third behind Boyz in the Hood and 2 Fast 2 Furious. I should rewatch Baby Boy, too. You?

Adam: I still haven’t seen Rosewood or Abduction. Of the rest, I would go (in order from favorite to least favorite): Higher Learning, Four Brothers, 2 Fast 2 Furious, Boyz n the Hood, Poetic Justice, Shaft (2000), and Baby Boy, but I like all of them to varying degrees.

Rob: We’ll be back soon with more Reserved Seating. Until next time…