Who gave our favorite performances of 2021? Read on to find out!

Adam: I’ll start by saying (as I do every year) that I’m not including performances here from movies that will be on my top 10 list. I’ll save those for a later discussion so I can have the opportunity here to highlight my favorite performances of 2021 from movies I liked, and in some cases, didn’t like. My first pick is Florence Pugh in Black Widow, who stole that movie at an obscene, Ocean’s Eleven-sized scale. The best way I can describe Pugh in Black Widow is as effortlessly compelling. Everything she does is fun and interesting, my favorite being when she tries out ScarJo’s hero pose and gets full body douche chills afterwards. The movie (which I thought was dull otherwise) snaps to attention anytime Pugh is on-screen. She is such a movie star.

Patrick: Yes! I’m going to try to do the same thing and leave off performances from movies in my Top 10, because we’ll have time to talk about those on our year-end podcast next week. I love your first pick! Without Florence Pugh, I’m not sure I would have gotten through Black Widow.

My first pick is for a performance I really liked in a movie I didn’t, and that’s JK Simmons in Being the Ricardos. He plays William Frawley – aka Lucy and Ricky’s grouchy neighbor Fred – and he steals the movie (though Alia Shawkat comes close as one of the show’s main writers). It’s the kind of role Simmons can play in his sleep; he’s grumpy and bitterly sardonic, firing off all the best one-liners in Aaron Sorkin’s mess of a script, but Simmons opts not to phone it in and instead finds the heart at the center of Being the Ricardos. He and Shawkat almost make the movie worth seeing. Almost.

Adam: Being the Ricardos is one of the five movies I have left to see before making my top ten list, so this makes me more interested in seeing it. I feel bad I’m going to watch this movie at home on Amazon Prime and not in an AMC Theatre as Nicole intended. Simmons is great in everything. I’ve had fun seeing him in random small roles when I’ve (re)visited movies like For Love of the Game, Autumn in New York, and The Mexican for their 20th anniversaries in recent years. 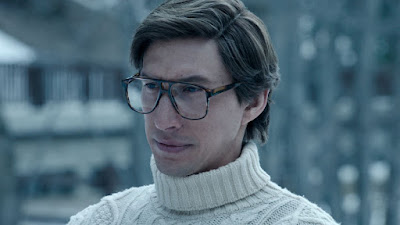 My next pick is Adam Driver in House of Gucci. I think Lady Gaga, Jared Leto, Al Pacino, and Jeremy Irons are all fun, but this might be one of my favorite Driver performances (which is saying something because he’s always great) because we see so many shades to his character over the course of the movie. At first, he’s somewhat meek and bashful, then manipulated and defiant, then confident, then duplicitous (giving Lady Gaga a gift certificate to a store she hates is one of the best “F-you’s” in movie history) and finally a fool. The best part is that Driver is believable at every turn and you never feel any type of character whiplash.

Patrick: My favorite thing about House of Gucci is what an actor’s showcase it is, and everyone seems to be having the best time playing their respective roles. Adam Driver killed it in both Ridley Scott movies this year, and his two performances couldn’t be more different. I’m so glad you chose to highlight him. 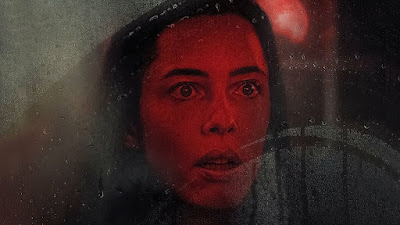 I’ll go with Rebecca Hall in The Night House for my next choice. Between directing her first feature Passing and this movie, she had a great 2021. I’ve been a fan of her for many years, but The Night House provides her with her first real tour de force performance. She and David Bruckner’s direction are the whole show. She plays a grieving woman who is either falling apart or being haunted by the ghost of her husband, and Hall’s performance works both ways. I like The Night House a little more when it’s not functioning purely as metaphor, but even its shortcomings are never the fault of the work Rebecca Hall does. She gives one of the best performances of the year.

Adam: I caught up with The Night House last month and felt the same way about her performance and the movie in general. Rebecca Hall has been great in several movies over the years, but this is easily my favorite work of hers to-date. Even though the subject matter of the film is dark, I was consistently amused by all her exasperated facial expressions and body language. I know only a little about acting, but this was a performance where I especially appreciated how in the moment she was all the time.

My last choice before we each pick our honorable mentions is Taylour Paige in Zola. Paige might be my favorite new discovery of the year actor-wise, because she’s by far the best thing in Boogie (my favorite batshit crazy movie of 2021) and even better in Zola. She’s funny and incredibly likable in these movies. It’s another case (like Florence Pugh) where you see a performer and just immediately know there’s something special about them.

Patrick: 100% in agreement with you on Taylour Paige, who gives one of my very favorite performances of the year as Zola. It’s a real star-making performance. That she manages to hold her own against scene-stealers like Colman Domingo and Riley Keough is that much more impressive. 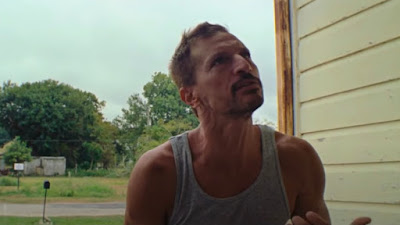 Who are some of your honorable mentions?

Adam: I’m looking forward to seeing Red Rocket before the end of the year. I remember Simon Rex being funny in Scary Movie 3, so I wasn’t entirely surprised when I saw he was getting praise for Red Rocket.

My honorable mentions are Jim Cummings in The Beta Test, Oscar Isaac in The Card Counter, Andrew Garfield in Mainstream and [Title Redacted], Willem Dafoe in Nightmare Alley, Adam Brooks in PG: Psycho Goreman, Michael Keaton and Maggie Q in The Protege, Daniela Melchior in The Suicide Squad, Patti Harrison in Together Together, and Ray Fisher in Zack Snyder’s Justice League.

Who are your honorable mentions?

Patrick: Off the top of my head, I can think of a few: Barbara Crampton in Jakob’s Wife, Tim Blake Nelson in Old Henry, Jason Momoa in Dune, Kuhoo Verma in Plan B, Josh Hartnett in Wrath of Man, Julia Fox in PVT Chat, Eric Andre in Bad Trip, Kristen Stewart in Spencer, and Tony Leung in Shang-Chi. I’m sure there are more, but I can’t think of them right now.

Adam: Nice. I’ll also add Nicole Kidman in Being the Ricardos since I just watched it while we were writing this article. Now it’s our readers turn! Leave a comment below with who you thought gave great performances this year.
Posted by Patrick Bromley at 5:00 AM