10 Directors Who Need to Work More 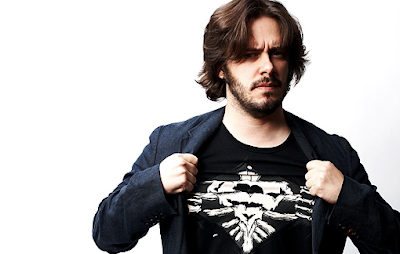 Here are 10 filmmakers whose work is great, but who (for one reason or another) don't release films as often as many of their contemporaries. Let's hope this little has the power to change all that. 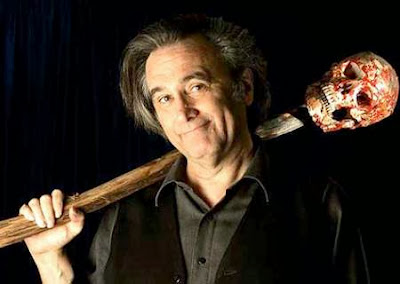 1. Joe Dante - The title of this list is a bit misleading, so first let's correct the terms. Joe Dante doesn't need to "work" more. He's working all the time, whether it's any of the number of projects he constantly has in development or on Trailers from Hell, his brilliant website that features classic trailers and filmmakers talking about them. What I mean is that I wish there were more movies directed by Joe Dante, particularly in the last 15 or so years. Since making the underrated Looney Tunes: Back in Action for Warner Bros. in 2003 (a bad experience as Dante has told it), he has directed two episodes of Masters of Horror and only one feature, The Hole, which went unreleased in the United States for several years (Europe got to see it) before finally getting a very limited run in a few theaters and on VOD last year. The good news is that it was just announced Dante is directing another movie: Burying the Ex, a horror comedy starring Anton Yelchin and Ashley Greene. That can't come out soon enough. 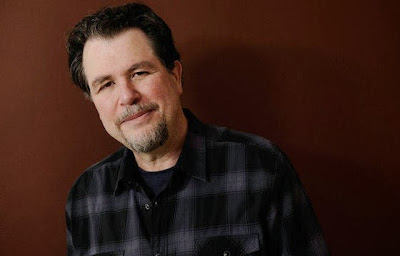 2. Don Coscarelli - Since he started making features at age 17 (beginning with Jim the World's Greatest), Don Coscarelli has made 10 movies. Four of those were Phantasm films. He's directed only two movies (and one Masters of Horror episode) in the 2000s, which is downright criminal. Again, this is not Coscarelli's fault. At one point, he had all the funding and was ready to start shooting on Bubba Nosferatu, his follow-up to the cult horror comedy Bubba Ho-Tep. The money fell through at the very last minute and the world was denied an extra Don Coscarelli movie. Very few filmmakers make genre movies that are equal parts weird, funny and smart the way he does. His is such a distinct voice of which Hollywood needs more. 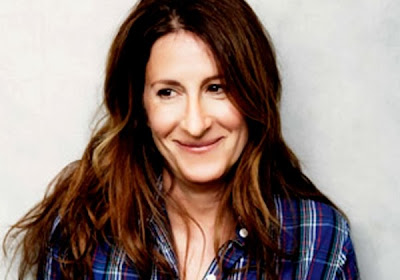 3. Nicole Holofcener - Like Woody Allen at his best, Nicole Holofcener makes smart, literate movies about characters talking to one another (there's a reason her first movie is even called Walking and Talking; it's as much a comment on the '90s indie scene as it is a career statement). So why can't she crank out a movie once a year like Woody Allen? Oh, right. Quality control. Holofcener works at roughly the same pace as most other filmmakers -- she releases a film every couple of years -- but I selfishly want her to make them more quickly. Though her budgets are low, I can't imagine it's too easy for her to secure budgets, as her movies aren't conventionally commercial anymore (they don't have enough superheroes in them). But she continues to attract incredible actors, many of whom do some of their best work for her. Between movies, she directs episodic television, but that's not the same. Those aren't in her voice. 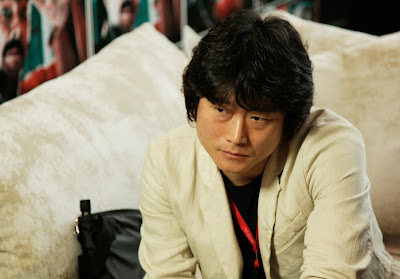 4. Jeong-beom Lee - Ok, maybe this one is unfair. I haven't seen Jeon-beom Lee's first movie, 2006's Cruel Winter Blues, so I'm really just basing this on his follow-up, The Man From Nowhere. Have you guys seen it? That movie is kickass. What is he making next? He made the highest-grossing Korean film of 2010 and IMDb doesn't even list an upcoming project. Supposedly he's working on something called Crying Man. Great. Let's see Crying Man. 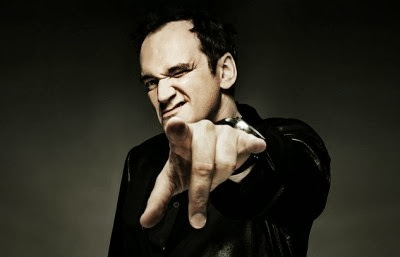 5. Quentin Tarantino - I'm on record as calling Quentin Tarantino my favorite director. He also works very, very slowly. Obviously, I'm glad that Tarantino takes his time. There is a reason that every Stanley Kubrick movie is a masterpiece. There is a reason that Terrence Malick's output only started to suffer once he started working more quickly. It's impossible to say if working faster would damage the quality of Tarantino's work (though I was very skeptical of how Inglourious Basterds would turn out when he announced how quickly that was going to come together and look how THAT turned out), but I'm not willing to risk it. His movies spend so many years working themselves out in his head that the actual production doesn't need to take as much time; they should keep coming out only when they're good and ready. It's just a bummer for those of us who need a more regular fix. 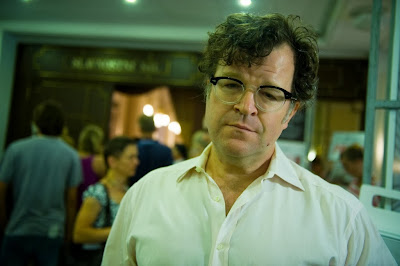 6. Kenneth Lonergan - Two movies. Kenneth Lonergan has made two movies. A former playwright and screenwriter, Lonergan's debut movie was the great relationship drama You Can Count On Me. After that, he got super ambitious and made Margaret, a sprawling, three-hour drama that's part character study, part 9/11 allegory. He then spent years clashing with 20th Century Fox over the edit, to the point where lawsuits were filed and Martin Scorsese and editor Thelma Schoonmaker (a champion of the movie) came in to do a cut. It was never officially finished, and the version that played in very limited release in 2011 -- a full four years after it was scheduled to come out -- was a 150 minute cut of which Lonergan didn't approve. He eventually restored some material for the extended DVD version, but it's possible that the headache and heartbreak of making Margaret -- not to mention the half decade he lost in the process -- may have soured Kenneth Lonergan on the filmmaking process. Hopefully he bounces back someday. Two movies won't be enough, especially when they're this good. He has more in him. 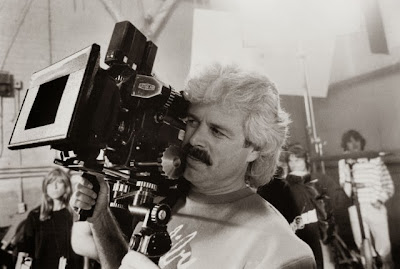 7. Craig R. Baxley - Heavy Action fans are probably tired of my singing the praises of stuntman-turned-director Baxley, who made a trio of insane, wonderful action movies in the late '80s and early '90s (Action Jackson, I Come in Peace and Stone Cold) before switching almost exclusively to television. He worked on a couple of made-for-TV Stephen King adaptations (including Storm of the Century, Rose Madder and the short-lived Kingdom Hospital, but Baxley's theatrical days appear to be behind him. That sucks. With the action movie renaissance we're supposedly experiencing right now, Baxley is needed now more than ever. People can claim that those Expendables movies are a tribute to "old school" action, so why not get a director who actually knows how to do old school action? Even if he went the DTV route, at least Baxley would be making features again. 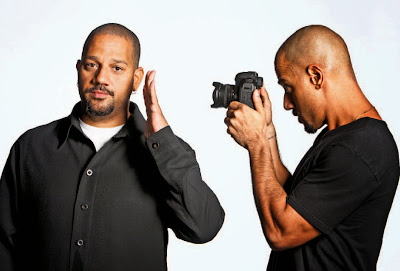 8. Allen & Albert Hughes - The Hughes Brothers - Since coming onto the scene in the '90s, the Hughes Brothers have really only made five features. That's not enough. After announcing their arrival with the very good Menace II Society -- a film that's unfairly overlooked as another post-Singleton "boys in the hood" imitator -- the directing team moved into genre territory: Dead Presidents, From Hell and The Book of Eli, taking a break in 1999 to make the documentary American Pimp. Their genre movies are always better than most: they're smart and shot with a great eye. Earlier this year, Allen made his solo directing debut with Broken City. I didn't see it because no one saw it. To compare, The Book of Eli -- the last movie the duo made as a directing team -- made $157 million. There is a lesson there. Stick together boys. And if we can't get more Hughes Brothers movies, can we at least get Dead Presidents out on Blu-ray? 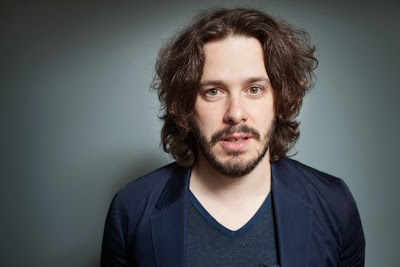 9. Edgar Wright - Like Quentin Tarantino, Edgar Wright has never made a bad movie. And like Quentin Tarantino, there is too long of a gap between his films. This is probably for the best, as working on a shorter schedule might mean his scripts are less densely packed and brilliant, or his compositions not as carefully planned and perfectly photographed. We always know what the "next" Edgar Wright movie is going to be (even before his latest, The World's End, was released, we knew he would be making Ant-Man for Marvel), but sometimes -- in the words of Tom Petty -- that makes the waiting the hardester part. 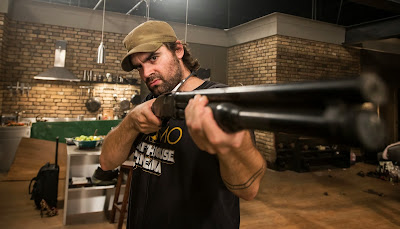 10. Joe Lynch - Yes, this list is full of genre directors, probably because that's the stuff I love and the filmmakers who make them are always doing interesting and exciting things. That's certainly true of Joe Lynch, whose next movie Everly is an action movie starring Salma Hayek that takes place entirely in one room and that I would like to see RIGHT NOW. He's a unique case of a director I wish would work more, because he is constantly working -- it's just that we've only seen a third of his feature output so far: the excellent direct-to-video sequel Wrong Turn 2. That's because Everly is still in post-production, while his second film, Knights of Badassdom, has been at the center of a miserable dispute in which the film was recut and ruined, then purchased for distribution so that it can be released in the incorrect form, meaning we may never get to really see what Lynch's movie looked like (this will likely be the subject of an upcoming essay called "Assholes: Please Release Joe Lynch's Knights of Badassdom, K Thanks"). So he's not just a director I want to see work more, he's a director with more work we should be able to see.
Posted by Patrick Bromley at 7:48 AM