Riske Business: 10 More '90s Horror Movies I Thought Would Be Huge But Weren't

Close your eyes. Think of these titles. Ask yourself “Am I responsible for their failures?” Abre los ojos.

The First Power (1990) – I simply overestimated the box office pull of Lou Diamond Phillips. And who wouldn’t after La Bamba, Stand and Deliver and Young Guns? I thought The First Power was going to rake in la bambucks! But alas, it did not despite an amazing series of TV spots and the trailer that is all sliding and jumping. My seven-year old brain thought any movie with sliding and jumping was going to be huge. The First Power opened at #4 in its debut weekend behind returning champs Teenage Mutant Ninja Turtles, Pretty Woman and fellow new release Ernest Goes to Jail, heads and tails the best of the theatrical Ernest movies. What a time to be alive. After The First Power failed to connect, Hollywood circles were all “More like The Fourth Power” and “More like Lou Cubic Zirconia Phillips.” The looks he got at Spago…let me tell ya… 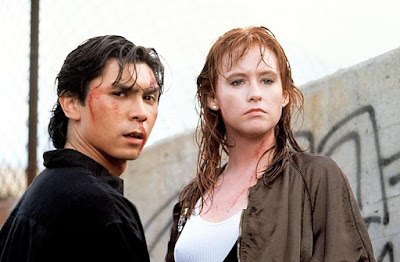 Grim Prairie Tales (1990) – Here’s a movie you may have never heard of. In fact, I’m not even sure it made it to theaters (there’s no record of it on Box Office Mojo). Grim Prairie Tales is a frontier horror anthology starring James Earl Jones, Brad Dourif and William Atherton that I need to see this October. The reason I thought it would be huge was because it had a full-page ad in Premiere Magazine. Back in 1990, I thought that’s all you needed to be a huge movie. I wonder if that ad was the film’s entire marketing budget? If so, it didn’t work except as a single impression that took 27 years to pay off in this article. I’m kicking myself (not really) for not buying the bootleg of it at MonsterMania con, but it’s on YouTube so I’ll definitely say I’m going to watch it and then not watch it there. 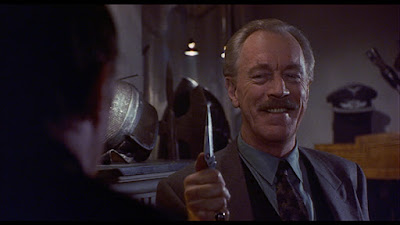 Needful Things (1993) – For a movie I’ve never seen (I will, though; it’s the last of my Stephen King MGM 4-pack I haven’t watched), Needful Things was a big deal to me when it was released in late August 1993. I remember seeing the epic-as-fuck trailer and thinking the movie was going to be huge because it has the song “In the Hall of the Mountain King” by Edvard Grieg. That’s like a guaranteed $100M grosser right there. Also, the cast was solid (Ed Harris, Max Von Sydow, Bonnie Bedelia, J.T. Walsh, Amanda Plummer). The film opened at #2 behind The Fugitive’s fourth week of release, making just over $5M. The real reason Needful Things is special to me, though, is it was the first movie I remember being out when I entered junior high. I was very nervous about going to junior high. I thought junior high was intimidating because I was going to have a locker for the first time. “What if I don’t remember my locker combination?” I thought. Fortunately, my locker angst was for naught and then Needful Things came out. I recall thinking about it in Woodshop class because I wanted to be anywhere else but there (Woodshop class? Seriously? We’re just children!). I sucked in Shop. I got in trouble during Shop once because I didn’t hold my block of wood down in the wood cutting machine firmly enough and it started spinning like crazy. It was probably more terrifying than Needful Things.

Man’s Best Friend (1993) – You know…Science Dog! I totally remember that TBS or TNT did a whole Man’s Best Friend night on opening day to promote the movie, where they played the Night of the Living Dead remake and promoted Man’s Best Friend during breaks. I figured the marketing would have worked and Sheedy-Henriksen-Science Dog would make big barks at the box office. The MBF team opened it the same weekend as Addams Family Values (dumb motherfuckers) and it debuted at #5. I guess the target audience was all at home watching Night of the Living Dead (1990). 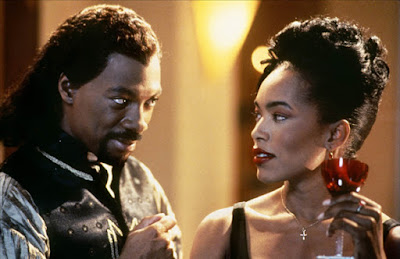 Vampire in Brooklyn (1995) – I thought the combination of Wes Craven (who could be a draw) and Eddie Murphy playing multiple roles (which was also a proven draw, but not in 1995) was going to result in a big hit. It did not. Vampire in Brooklyn had a tepid debut at #3. I’m partly responsible for Vampire tanking. I had mono that week and was out of school so I didn’t go to the movies during its opening weekend. Scary Movie Month 1995 was a real drag! Don’t worry though, everyone, I returned to the theaters mid-November for the new Ace Ventura picture along with everyone in my entire goddamn town. Man, did that movie crush on opening night. Note: I just re-watched the trailer for Vampire in Brooklyn and it looks great, so I want to give it another chance because I’ve learned nothing.

Rumpelstiltskin (1995) – I could have sworn this had a briefest of brief theatrical releases, but I guess it was straight to video. Anyhow, Rumpelstiltskin was director Mark Jones’ follow-up to the original Leprechaun, which is an amazing movie so I was through the roof excited for Rumpelstiltskin. I got the chills at the end of the trailer when he’s all “This ain’t no fairy tale.” That’s all it took in 1995. The movie itself was disappointing. Max Grodenchik (in the title role) didn’t have the comedic chops of Warwick Davis in Leprechaun. No biggie. This part’s amazing, though:

The Relic (1997) – This could be a spot for any Peter Hyams movie (in fact, a second one rounds out this column). I think this guy is so underrated it’s not even funny. I enjoy Running Scared, Stay Tuned, Timecop, Enemies Closer and LOVE Sudden Death. I was excited about The Relic when it came out. It was the closest I thought Hyams would have to a big hit. It had a good release date (mid-January) for a horror flick, a Stan Winston monster, a cool setting in a Chicago museum. But it never took off. The movie opened #1, but only at an OK $9M. Now that’s out of the way, here’s the real reason I put it on this list. The Relic is the most aggravating movie I’ve possibly ever seen. It is shot with the worst lighting ever in a studio movie. YOU CANNOT SEE A DAMN THING in The Relic! I have no idea how the movie was released this way. Also, one of the kids who trail off from their class at the beginning of this movie was a kid I went to school with and he was a real douchebag. He told me to stop copying off his Hebrew school test once and I’m sorry but a) Jewish kids stick together (or so I thought) and b) It’s Hebrew school! Who gives a shit?!!!! We all end up at the same place – Bar Mitzvah’d and then dead decades later, so WHO CARES???!!! Years later, in high school, he invited me to have lunch with him and his friends (he was more popular than I was). That didn’t pass the sniff test with me, so I told him no. He asked why not and I said I thought he was a tool and didn’t need his handout since I had a group of friends already. I didn’t worry about any repercussions because I’m short, but this bastard was only like 3’8”. F him and F The Relic. 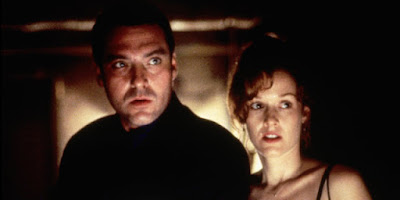 Alien: Resurrection (1997) – This movie had an HBO First Look (remember those?) that promised a return to form for the series (liars), so I thought it would at least outgross Flubber its opening weekend and get the Alien franchise back on track after the 1992 bust Alien 3. It didn’t, because Alien: Resurrection is about as tired of a ‘90s sequel as you can get. It’s a movie that's so misbegotten it kills off Dan Hedaya and Michael Wincott upfront because WHY WOULD YOU WANT TWO OF THE MOST INTERESTING CHARACTER ACTORS IN THE MOVIE FOR THE BULK OF YOUR MOVIE???!!!! Ugh! Those HBO First Looks were the truth. I thought any movie that had one was going to be a big deal. 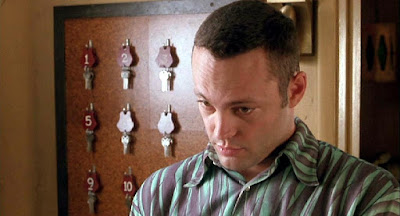 Psycho (1998) – Look, the marketing campaign for this was on point and you know it was. I thought curiosity was going to kill the box office cat (Who do you think tabulates the box office results every day? It’s the box office cat!) but instead people were like “Nope!” to the Gus Van Sant riff of Alfred Hitchcock’s 1960 classic and kept seeing A Bug’s Life instead. I’m somewhat alone in my opinion of Psycho (1998) in that I think it’s bad enough that it makes Psycho (1960) suffer. I haven’t been able to be as wowed by Psycho (1960) since Psycho (1998). I own both on Blu-ray, though, so I’m talking out of both sides of my mouth on this one. I also remember this came out the same day I got a new girlfriend in high school, so that might have affected the grosses, too. My relationship with Katie (who was a cute senior when I was a junior, but she never talked so her stock plummeted to the point where dating me wasn’t that confounding to the student body) lasted about as long as Psycho (1998) ran in multiplexes.

End of Days (1999) – Welcome back Peter Hyams! End of Days did ok in theaters and had a decent opening weekend debuting with $31M at #3, but I’m sure everyone involved thought it would have been bigger than its final $66M domestic take. I remember seeing End of Days on opening night at the big fancy new megaplex nearby and the line was LONG for it. Like, Jaws in summer ‘75 long (of course I’m exaggerating…or am I?). I think everyone to a person left End of Days and told their friends and family that the movie isn’t very good. Too bad. This could have been Arnie’s comeback from the back-to-back busts that were Jingle All the Way and Batman & Robin (Hi!). But instead his career dipped and dipped and dipped and he went into public office with his box office clout never to return. This ain’t no fairy tale.

We are so close to Scary Movie Month, everyone! I can’t wait! What is going to be your first movie you watch? Mine will be a midnight screening of Candyman at the Music Box Theatre (don’t track me down).
Posted by Patrick Bromley at 5:00 AM