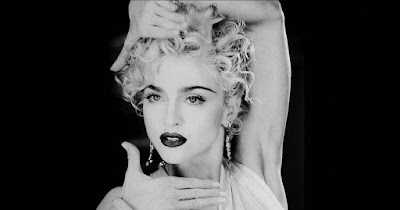 Can we bring back the movie soundtrack?

I know they still exist. I own many recent film soundtracks (many on Vinyl, since everything circles back and these companies know how to market to us/take our money). I listened to the soundtrack to Once Upon a Time in Hollywood EVERY SINGLE DAY for MONTHS last year. That was it, just that, every car ride, any time I had a moment at home… I just wanted to keep living in that movie, and you know QT knows how to put together the experience of a great film in music form.

But it’s been different for a while now, right? Music from the movies on a mainstream level -- on the level that your mom or best friend (who likes movies just fine but has other hobbies too) or student in your class (if you are a teacher like I am) or neighbor or friendly person you see regularly at a coffee shop, store, etc. -- that music doesn’t exist as much. As a kid in the '80s/'90s, so many movies had a song (or two, or more!) that broke through to Top 40 radio. This is not the harbinger of success in terms of quality, necessarily, but I do long for a time when larger groups of people, often with very different interests and/or tastes, still could come together and talk about shared knowledge of popular art. Now it seems like we need the internet to find these people, and the circles are smaller, and it’s great...but also stressful. I miss everyone at least KNOWING and being acutely aware of so many of the movies and movie songs and tie-ins that permeated the culture. I miss video stores and the Michael Jordan-led Chicago Bulls, too. Ok so basically I’m stuck in the '90s? It could be worse. 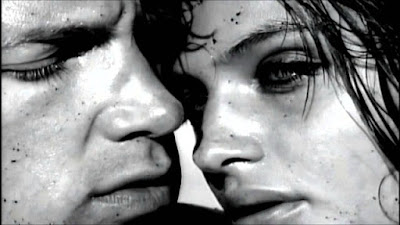 Back to 1990. What a YEAR. My quick glance at the overall top hits of 1990 reminded me that I was addicted to radio back then and knew EVERYTHING. My entire childhood seems to be written on that list. My other love was movies, and I can talk about the movies from 1990 as much as the movies from 1999, which is saying a lot. I didn’t get to see Goodfellas until I was a little older, but my eventual first viewing changed me (it’s still on my all-time favorites list decades later) forever. I’d loved movies since preschool age, the beginning of when I wore out any VHS we had in the house (especially Grease, Annie, E.T., Wuthering Heights, Ghostbusters, Hairspray, and Can’t Buy Me Love). But Goodfellas changed my brain chemistry. Something was very, very different between movies and me after that, and my life has been better for it. If for no other reason, I have to give major credit to 1990 for being the year of Goodfellas. (Speaking of Goodfellas, read Mike’s and my piece about our early days of bonding over movies and how Goodfellas helped build a lifelong friendship.)

Goodfellas is, of course, a collection of older songs from the eras (era) portrayed in the movie. While it didn’t create a new Top 40 hit, it did perfectly encapsulate the feel of the movie. This was the first time that I truly understood that music could be its own character in a film -- or that popular music could serve as style, transitions, and score to create a film that felt fresh and alive at all times despite being set in the past (and regularly depicting death!). “Rags to Riches,” “Look in My Eyes,” “Roses are Red” (though not on the official soundtrack if memory serves), “Baby I Love You,” and the piano exit from “Layla” (to name a few of the film’s songs) only signify scenes from Goodfellas now. I can’t hear them any other way. Not every 1990 film -- or any film from any year -- uses music in such a profound way, but the songs are still incredible!

“Unchained Melody” from the beautifully heartbreaking Ghost introduced a whole new generation to the Righteous Brothers -- if that generation didn’t see Top Gun in 1986, that is. Try to watch this fan-made video without crying. (Don’t watch it if you’ve never seen the movie! In that case, stop reading this and go watch the movie!)

Old video of the band:

Pump up the Volume introduced a whole new generation to Leonard Cohen (as JB mentioned in his fantastic column this week). Opening the film with “Everybody Knows” is a perfect introduction to the film and really, a perfect introduction to the '90s in general. While the Concrete Blonde version is not my favorite Cohen cover, I love that their cover’s video (Cohen’s original is not on the soundtrack, sadly) features clips from the movie. That’s always the best:

I’m really here for “Wave of Mutilation” by the Pixies, though. Timeless and, to me, hot. Probably because it reminds me of Slater and Mathis:

Cher’s “The Shoop Shoop Song” cover and Jimmy Soul’s “If You Wanna Be Happy” (a song that puts me in the best mood -- it has such an energetic beat despite having the weirdest theme) from the sweet and charming Mermaids were repeat plays for me. I used to babysit for a family regularly in high school, and this was one of the soundtracks they owned, so a lot of days babysitting were spent listening to this!

Dick Tracy has to be mentioned here. “Vogue” wasn’t in the movie, but it’s on I’m Breathless, the album of songs inspired by and/or in the movie. Its cultural impact is undeniable:

“Cradle of Love” from The Adventures of Ford Fairlane (don’t miss Patrick’s great piece that ran earlier this week) was important in my formative years. I loved this song and video SOOOO much. Young Erika danced around alone in her room A LOT, and this Billy Idol hit much inspiration:

I won free tickets to a drive-in screening of Young Guns II hosted by a local radio station (Z95, baby!), and I was so excited you would have thought I won the lottery. When Jon Bon Jovi croons, “Shot down…. in a blaze of gloryyyyy,” in the aptly titled “Blaze of Glory,” I feel it in my soul. Nostalgia is a powerful, powerful drug.

“Bird on a Wire” (the second Leonard Cohen cover on this list!) is prominently featured more than once in Bird on a Wire, a movie I unabashedly love. Again, nostalgia wins. This is yet another movie love shared by Patrick, and I must add that he does a KILLER impression of Aaron Neville and sings this song to me more than he will probably admit. Neville keeps the romance alive, baby! Also Goldie Hawn. And Mel Gibson’s butt. And other stuff:

In David Lynch’s masterpiece Wild at Heart, love wins. Things don’t turn out exactly that way in Chris Isaak’s “Wicked Game,” but that didn’t stop what I imagine is hundreds of thousands of people making out to this song. And the video? Forget about it.

Graffiti Bridge - God I love Prince. I’m surprised “Can’t Stop This Feeling” didn’t leave more of an impact. “Thieves in the Temple” still slaps. “Round and Round” by Tevin Campbell still holds memory in my brain. I knew the soundtrack more than I knew the movie at the time.

House Party inspired, in my circles, a lot of parties. Everyone in a room copying these moves:

No 1990 movie music list should be without Partners In Kryme’s 'Turtle Power' from Teenage Mutant Ninja Turtles.

Home Alone’s Main Title, "Somewhere in My Memory," evokes every feeling of Christmas, childhood, melancholy, hope, joy, winter, pine trees, candy canes, and movie love that a human could ever have:

Pretty Woman: We could be here all day just reminiscing about the soundtrack to Garry Marshall’s sweet prostitution fairy tale. This is one of many movies probably responsible for my marriage, as Patrick and I bonded early over our intense love for it. If it’s on cable, we leave it on no matter what. If we are in ‘reaching distance’ of our Blu-ray, we put it on no matter what. I’ve talked on this site before about how my mom, fully in support of my love of movies, sat me down to MAKE SURE I knew that Pretty Woman was a FANTASY and that nice, rich men “don't’ really rescue prostitutes in real life.” THAT CLEARS THAT UP. From there, I wore out my family’s VHS copy, sometimes just watching it alone in my parents’ room (they had a TV and lots of space!) after school or dance practice or whatever. It was relaxation and entertainment rolled into one gloriously sunny and sweetly hilarious film. Patrick and I quote it almost daily. I am not ashamed to admit that I love this movie and used to listen to the soundtrack on repeat, though I admittedly skipped certain songs more than others. I NEVER skipped Bowie (because, Bowie) or these:

I’ve left out a BUNCH, and I would love to hear from anyone movie music lover who’s reading. Let me know your favorites in the comments!
Posted by Patrick Bromley at 1:00 PM