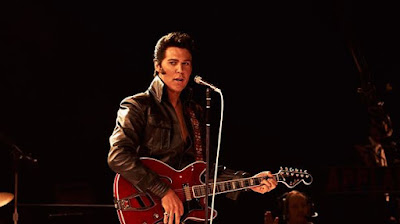 Who gave our favorite performances of 2022? Read on to find out!

Adam: I’ll start by saying (as I do every year) that I’m not including performances here from movies that will be on my top 10 list. I’ll save those for a later discussion so I can have the opportunity to highlight my favorite performances of 2022 from movies I liked, and in some cases, didn’t like. My first pick is Austin Butler in Elvis. I enjoyed Elvis more than I expected and appreciated how much MOVIE the whole thing was. Yet through all that spectacle, I was really moved by Austin Butler’s portrayal of Elvis. His work reminded me of those passionate “man possessed” performances in earlier music biopics like Val Kilmer in The Doors or Jamie Foxx in Ray. Butler is strong in the quieter scenes but even better in the moments where he’s singing and dancing while recreating past Elvis Presley performances. It’s the type of energetic and completely invested anchor of a movie that wills it to success. I’ve liked Butler in previous films like The Dead Don’t Die and Once Upon a Time in Hollywood, but his work in Elvis is another step in what I hope leads to more star vehicles since he’s so multi-talented. What’s your first pick, Patrick?

Patrick: I’ve only seen Elvis once so far and plan to probably revisit it during awards season (where it’s predicted to have a pretty good showing). I didn’t love the movie but there was a lot of good stuff in it for me, most of all Austin Butler’s performance. It took me a little getting used to because I thought he was doing an impression at first, but that went away pretty quickly and it became a full-blown man possessed performance, as you say. Great first pick. It’s one of the performances of the year.

I’ll go with Kristen Stewart in Crimes of the Future, the latest weirdo opus from David Cronenberg. We are at the point now where every K-Stew performance is good, but I was excited to see her doing something she’s never done before in Crimes. She’s nervous and weird and very, very funny – in fact, she was my way into understanding that the movie is more or less a comedy. I love that she admires and appreciates genre auteurs like Cronenberg and is willing to lend them her considerable celebrity, turning in eccentric, oddball performances like she does here. She’s far and away the best thing about the movie.

Adam: Great pick! I had Kristen Stewart on my list too (which is now becoming practically an annual thing). Crimes of the Future really snaps to attention when she’s on screen. I liked what you said about her performance being key to understanding the movie's humor, which might have gone over my head in my first viewing. 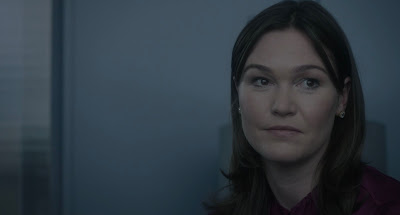 My next pick is Julia Stiles in Orphan: First Kill. I sort of accidentally rediscovered how much I like Julia Stiles as an actor in 2022 with revisits of 10 Things I Hate About You, O, and The Bourne Identity. While she’s consistently worked over the years, I never really felt like Hollywood figured out how to best utilize her after her initial success. It was such a pleasant surprise to see her go (SPOILER) full-blown baddie in Orphan: First Kill. At first, her playing a sort of pristine society matriarch seems like obvious, unimaginative casting but when Stiles’ character is revealed to be beyond the pale (to the point where she’s a more than formidable opponent for Isabelle Fuhrman’s character) it becomes transcendent in a way. We’re able to see a performer cut loose and try something completely different and excel. I’m not sure how much of an imprint Orphan: First Kill really made (it was a victim to the streaming madness of the 2020’s) but I’d love to see more filmmakers trust Julia Stiles to push the envelope with her legacy screen persona.

Patrick: I really enjoyed Orphan: First Kill and Julia Stiles is the biggest reason why. Watching the movie lean so hard into camp and Stiles have what might be the most fun she’s ever had on screen is why we go to the movies. 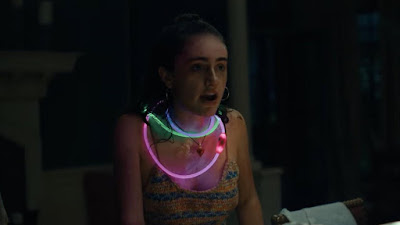 I haven’t finished making my Top 10 list yet, but as of right now I really don’t think Bodies Bodies Bodies will be on it so I’m ok putting Rachel Sennott on here for my next favorite performance. I really enjoyed the movie even if I think it takes a little too long to really make the points it’s trying to make (and, as a result, goes a little easy on its intended targets), but you’d never know it if you were just watching what Rachel Sennott is doing. Her every line delivery is a scathing critique of an entire generation raised on Tik Tok and she’s never not doing something funny. All her stuff about her podcast is incredible because people with podcasts are the worst. It’s exciting to see her follow up Shiva Baby with this one, giving a performance that’s just as special but in a completely different way. I really think she’s just getting started.

Adam: It’s no secret to you that I share in your Rachel Sennott fandom. It was nice to see her have another fully formed comedic character in Bodies Bodies Bodies after how great she was in Shiva Baby last year.

My last pick (before honorable mentions) is Taylor Russell in Bones and All. It takes a feat of compelling acting to make the audience care about the well-being of a murderous cannibal. Russell is so good in Bones and All that by the end (no spoiler) I was genuinely rooting for her without judgment to have a happy life. The movie is so lacking in sensationalism that it allows Russell and Timothee Chalamet (who is equally good) really shine. They benefit even more because many of the supporting actors are going bigger by comparison and only coming away half as well. This could have easily been a cannibal Natural Born Killers but it’s an impressive feat that something as salacious as cannibalism lands in a place of fragile romance. This is the type of new-to-me performance (I had not seen Russell in any of her other movies before Bones and All) that makes me want to see anything new that she’s in just because she’s in it.

What is your third pick and honorable mentions?

Patrick: I’ve liked Taylor Russell in everything in which I’ve seen her. She’s somehow instantly sympathetic. That goes a long way in a movie like Bones and All, where we find ourselves on her side despite the character she’s playing. My last pick is Daniel Kaluuya in Nope, a movie I know I need to revisit as I’m seeing it pop up on so many year-end best lists. I admired a lot of things about it without connecting to most of it, but my favorite stuff in the movie (not involving Gordy the chimp) all comes from Kaluuya, an actor who’s great in everything but hasn’t given this kind of performance yet. He has this automatic energy and electricity about his as an actor, so seeing him dampen all that to play a cowboy of few words was a real risk for him. It totally works. I love how much he conveys with his eyes and a simple twitch of his head. The performance is almost entirely internal, but we still know everything we need to know about him. He’s so good.

Some of my honorable mentions include Karen Gillan in Dual, Jennifer Connelly in Top Gun: Maverick, Anna Gunn in The Apology, Amber Midthunder in Prey, Aubrey Plaza in Emily the Criminal, Evan Rachel Wood in Weird, Andre Braugher in She Said, Justin Long in House of Darkness, and Zoe Kravitz for Kimi and The Batman.

Adam: I need to revisit Nope. My honorable mentions are Dakota Johnson in Cha Cha Real Smooth, Eiza González in Ambulance, Ke Huy Quan in Everything Everywhere All at Once, Pedro Pascal in The Unbearable Weight of Massive Talent, Nicole Kidman in The Northman, Steven Yeun in Nope, Justin Long in Barbarian, Gia Crovatin in House of Darkness, Richard Brake in The Munsters, Osric Chau in Christmas at the Golden Dragon, and Grace Fulton in Fall.

Now it’s our readers turn! Leave a comment below with who you thought gave great performances this year.
Posted by Patrick Bromley at 5:00 AM