Riske Business: August Movies I Thought Would be Huge But Weren't

I guess people were spending their money on a new Trapper Keeper or something. 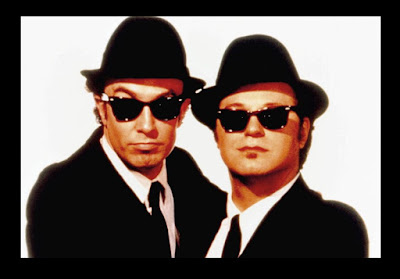 Wired (1989) - When I was a kid, I thought most grown-ups went to see every drug addiction movie. Otherwise, why were there so many of them in the ‘80s and ‘90s? I was sure Wired would be enormous because I saw a picture of Michael Chiklis dressed as John Belushi in a newspaper ad for the film and it spoke to me. I had no idea at the time (I was 7) the history about Bob Woodward’s Belushi biography, Wired, and how controversial and maligned it was. This movie is very hard to come by, but I finally saw it a few months ago via a bootleg DVD I bought at a convention. It’s not good at all, but also the type of cheap biopic mess (like All Eyez on Me or Gotti) that I’m bizarrely drawn to. It’s my addiction, apparently. The film tanked, opening at #19 in its opening weekend behind Indiana Jones and the Last Crusade in that film’s 14th weekend. On Wired’s opening day, I remember being at Lake Geneva with my family and thinking to myself how great it would be if on the way home from the lake we went to Popeyes for dinner and then went to see Wired. I was a weird second grader. Even stranger, as a grown-up, I love going to the lake, enjoy Popeyes and see almost every drug addiction movie. I just realized it’s within my power to live that perfect day I was chasing on August 25, 1989 (sly grin). 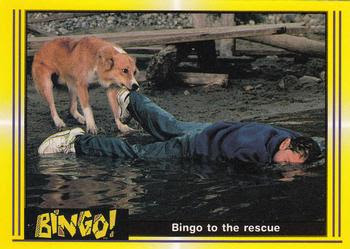 Bingo (1991) - Once I saw the Bingo poster with a dog wearing sunglasses, I was all “Good luck finding a seat opening weekend” about it in my head. Bingo was a strange movie for me because I really wanted to see it theatrically, but summer of 1991 was when my parents started to let me go with them to R-rated movies like Terminator 2: Judgment Day. I think with that they figured I was over ‘90s kids movies. WRONG! I write a semi-regular column about them today and I’m old. I had to wait until video or cable (I can’t remember) to see Bingo. I remember very little about it except the dad in the movie was on a football team and the sons were named Chickie and Chuckie just so Cindy Williams could say “More chicken, Chickie? More chicken, Chuckie?” You know...comedy. Bingo was a dog at the box office (looks off camera, breaking the fourth wall) opening at #10, which was behind the fifth weekend of the 101 Dalmatians re-release. Daily Variety was probably all “America Goes Pongo Over Bingo!” 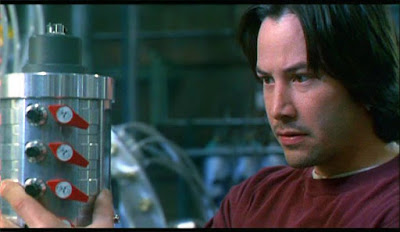 Chain Reaction (1996) - I’m not sure what happened here. Also, I’m part of the problem because I’ve never seen Chain Reaction. My best memory of the film was Entertainment Weekly had it as the headliner for August 1996 in their Summer Movie Preview issue. It’s an action flick that starred Keanu Reeves (still sorta riding that Speed goodwill), Morgan Freeman (Shawshank VHS heat) and was directed by The Fugitive’s Andrew Davis. How did this go wrong? My best guess is it opened too late in the summer. By that point there was already Twister, Mission: Impossible, The Rock, Eraser, Independence Day, Fled and Supercop out there. Maybe people were actioned out? Chain Reaction opened at #4 behind A Time to Kill, Independence Day, and Matilda (another debut that weekend, along with the rapper-actor-chef Coolio vehicle Phat Beach opening at #22). Just think: if they came out earlier that summer, we might be getting Chain Reaction: Fallout and Phat Beach: Here We Go Again in theaters this summer. 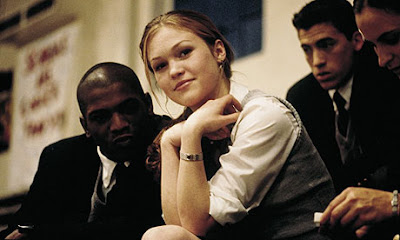 O (2001) - I thought teens were still all about modern-day Shakespeare interpretations when O was released Labor Day weekend in 2001. I guess that idea was more intriguing to me than to society. This is a movie I’m tempted to revisit now that I have pro-Hartnett eyeballs (it was our job as moviegoers to ensure his longevity and we didn’t...he did more than enough). O opened at #7 behind the debut of Jeepers Creepers (a movie I liked that I can no longer watch) and returning hits Rush Hour 2 (yeah, ok), American Pie 2 (aww yeah), The Others (I mean, sure), Rat Race (I dunno, kinda) and The Princess Diaries (that’s my song!). I remember O came out the day after I finished Hell Week in my fraternity. All the guys in my pledge class were all “RISKE! We’re brothers now! Let’s get hammered!” and I was in my head like “I’m going to walk to the library to catch the bus to the mall to walk a mile down the street to Showplace East 11 to see O. Seventy-five percent because I want to see O and twenty-five percent because I’m sick of you guys and I’m starting to realize joining this fraternity was a mistake. But mostly O.” 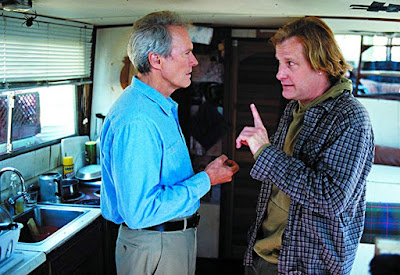 Blood Work (2002) - This movie had “August Eastwood Dad Bucks” written all over it (other examples are Space Cowboys and Unforgiven). I thought theaters were going to be like when the pool announces adult swim for the next two hours and a dozen guys in their forties come out of nowhere and jump in the water to swim laps. Alas, it wasn’t meant to be. Despite a cool poster (it’s all red - like blood!), this stodgy yet diverting thriller flatlined, opening at #5 and grossing 6x less than fellow debut xXx. That’s bad. Not bad though, is the climax of Blood Work with Clint Eastwood and Jeff Daniels. SPOILER It’s one of the dumbest/funniest talking killer scenes ever END SPOILER. The thing I’ll always remember most about Blood Work was that I wanted to see it opening weekend and my girlfriend at the time was like “It’s my turn to pick. You blew it with Martin Lawrence Live: Runteldat.” 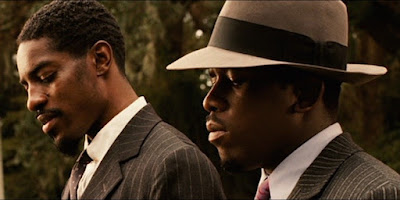 Idlewild (2006) - This was supposed to be the next step for OutKast. Coming off of the massive albums Stankonia and Speakerboxxx/The Love Below, I thought the world was primed for Big Boi and Andre 3000 as movie stars. The fact that their showcase film, Idlewild, was going to feature a soundtrack full of new music was an added bonus. I was stunned when the film opened at #9 and finished its theatrical run at $12M. I thought $50M easy. Idlewild’s not a great movie, but I do like it. The soundtrack is pretty terrific. My fave on the album is “Morris Brown.” Listen to it and have your life changed. 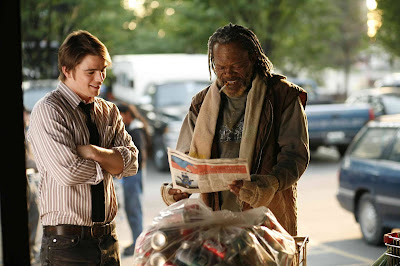 Resurrecting the Champ (2007) - More Hartnett! I saw this as movie #2 on a self-created double feature with War in August of 2007. The power was out on my block for 36 hours and I was basically living out of my car during the day going movie to movie. This is the only way to see Resurrecting the Champ. I didn’t expect this movie to be a hit, but surprisingly my theater was packed and I started to think that maybe it was going to sweep the Oscars and make $75M domestic without breaking a sweat. Turns out I was in the only packed theater worldwide for this film because it opened at #15 with a per-screen average that makes me want to crawl into a hole and die. A true theatergoing anomaly. As for the movie itself, I like it. It feels a bit like a J.V. Shattered Glass and I’m all about journalism movies. Watch it with August and Wicker Park (both underrated imho) and have yourself a JoshFest! 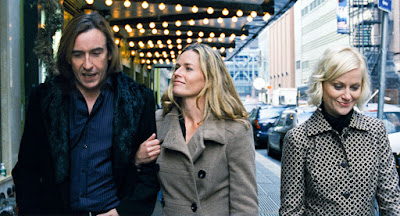 Hamlet 2 (2008) - After all of the buzz from Sundance, I thought this movie would destroy when it was released in theaters. They kept making it out to be the next big comedy discovery. And then no one saw it. Hamlet 2 opened in limited release and never went higher than #17 at the weekend box office. I went to see it after a Second City class one day with a bunch of other improvisers and kinda liked it. We then hung out in the Starbucks at Pipers Alley (where the movie theater and Second City also were) and just mansplained comedy to each other for about an hour. I’ve rewatched the movie a couple of times over the years and enjoy it more and more with each viewing. It certainly helps that it stars Steve Coogan (my pick for the funniest male comedic actor right now) and co-stars Melonie Diaz, who’s bewitched me since the moment I saw her. 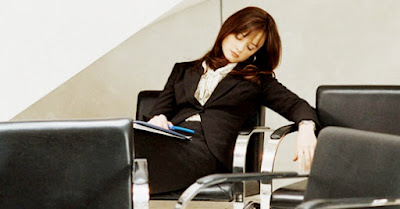 Post Grad (2009) - Speaking of actresses who bewitched me at some point in my life, Alexis Bledel! Remember that ex-girlfriend I mentioned who didn’t want to see Blood Work? Well, she was really into Gilmore Girls when we were dating and I didn’t pay much attention at the time. After we broke up, I watched all of Gilmore Girls so I could wallow in sadness over my ex breaking up with me. What ended up happening was my love of my ex dissipated and my love of Gilmore Girls (mostly Bledel and Milo Ventimiglia) grew! Based off of that, I thought Alexis Bledel was going to be a massive star. “She’s the next Audrey Hepburn!” -me, in 2005. Besides those Pants movies, it never really happened for her on the big screen. When Post Grad opened in 2009, I was confused why it didn’t come out in 2004. Audiences seemed to agree as the film opened at #11, ten spots behind the debut of Inglourious Basterds. Nowadays, I look back at Alexis Bledel like I do POG milk caps: we grew apart. Note: The posters for this movie should be on display at The Louvre. 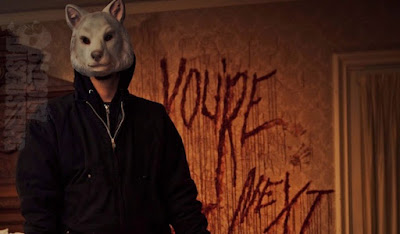 You’re Next (2013) - I don’t blame the studio (Lionsgate) for this one. They put in the work. Everything was pointing to You’re Next being a sleeper hit and then it never happened. Instead of the slow burn run similar to Scream that I was expecting, You’re Next debuted at #6 and fell out of the top 10 the following weekend. This makes me sad. I love it. You’re Next is a highlight of the indie horror renaissance of the past ten years, for which I have a great amount of fondness (others I really like or love include The House of the Devil, Frozen, The Woman, The Innkeepers, Maniac, V/H/S 1&2, We Are What We Are, Starry Eyes, Creep, Late Phases, Tales of Halloween, The Blackcoat’s Daughter, Bone Tomahawk, Green Room, The Witch, The Love Witch and Revenge). Haven’t seen it? Maybe you’re next.*

*Do you get the joke? The movie is called You’re Next and then I was saying that you should be the next one to watch it if you haven’t seen it before.

What are some August movies of the past that you thought would be huge but weren’t? Or we can just talk about Alexis Bledel...that’s fine, too.
Posted by Patrick Bromley at 5:00 AM