Riske Business: 25 Movies We've Covered on the Site That I'll Finally Watch in 2018

My 2018 resolution is to watch these new-to-me films (mostly) recommended by my colleagues.

1941 – There are a few Steven Spielberg blind spots I still have and this is one of them (others include Amistad and Empire of the Sun). The trailer makes it look very cocaine. I’m willing to try it…the movie I mean.

All the President’s Men – My heavy Robert Redford and Dustin Hoffman allergies (the former is year-round; the latter is seasonal) have kept me away from this one. The upcoming release of The Post is putting me in the mood to finally watch it.

Clouds of Sils Maria – Personal Shopper was really good so I want to backtrack and see the first collaboration of the super talented Kristin Stewart and director Olivier Assayas. If it’s not as good, I swear to G-D…

Dead Again – After Murder on the Orient Express (2017), I’m in the mood for another Kenneth Branagh directorial effort. I remember a lot of people seeing this at the theater when I went to go see Hot Shots! If it’s as good as that movie, I’ll be mildly satisfied. 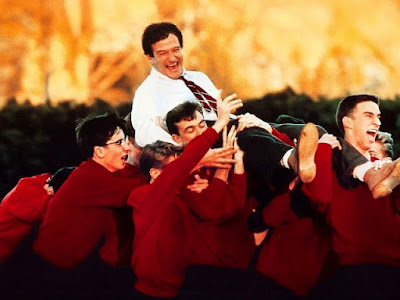 Dead Poets Society – I miss Robin Williams. I miss Touchstone Pictures (aka Adultsney). I have had so many opportunities to see this movie but surprisingly never did. I think it’s because I always knew it would be there, so why not take a post-Double Whopper nap instead? But one fine day in 2018, I will Carpe diem and watch this movie!

The Deer Hunter – I’ve avoided seeing this movie because I know I’m going to need to set aside a whole day to watch it and then stare out of a window for several hours refusing to talk to anyone. Luckily, my office gave me 8.00 hrs. of floating holiday time off, so I’ll use them to watch The Deer Hunter and take a marathon sad bath.

Driving Miss Daisy – I need to see for myself just how big of a mistake the Academy made when they gave this movie its award for Best Picture. I’m guessing pretty big.

A Face in the Crowd – This one came back into the conversation with Trump’s inauguration last January and it caught my interest. I didn’t want to see it right away because my emotions were so raw at the time about the whole thing. They still are, but with some time passed I want to give it a look.

Forbidden Planet – I’m very fond of old sci-fi, but I’ve been almost afraid to watch this in fear I won’t like it as much as I’m supposed to, which is a dumb reason not to watch something so I should just watch it already.

In Cold Blood – Just the trailer gives me the creeps. This movie is just one of those classics I never got around to seeing. It helps that I found the story interesting when I watched the dramatization of the book being written in Capote. 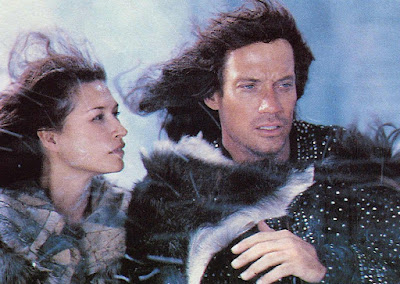 Nashville – I’m pretty lacking in my Robert Altman knowledge (I’ve seen Gosford Park…wow…that’s the only Altman I’ve seen?) and JB gave me an extra copy of this a while back, so it’s time to get to work. To be fair, I have seen 13 movies where Bruce Altman had a role.

On Her Majesty’s Secret Service – “He had lots of guts.”

Raising Cain – One of the few Brian De Palma movies I’ve yet to see. I never got around to Raising Cain initially because the reception to it was poor back in the early ‘90s and I’ve never been a John Lithgow completest (e.g. I still need to see Ricochet). Cain seems to have been reassessed in recent years, though, as really good De Palma, so the time feels right to finally check out the Scream Factory Blu-ray. 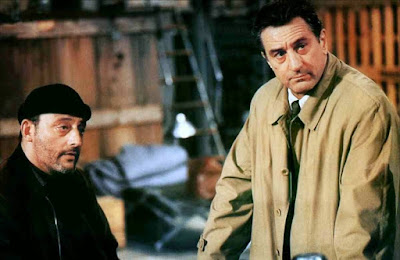 Ronin – Everyone who rented this movie from Blockbuster (it was very popular) raved about it, especially the car chases. I never got around to watching it, probably because it was pushed on me so much. Note: If you recommend something to me, I am less likely to watch it. It needs to feel like my idea. I am weird.

The Sound of Music – I’ve been meaning to watch this at the Music Box Theatre every year when they play it Thanksgiving weekend, but it’s a sing-a-long and I don’t want to be party to that. I’ve reserved the Blu-ray at the library, so this might actually get watched in 2017.

The Searchers – Want to hear something stupid? I watched the first hour of The Searchers but fell asleep (it was late at night) and my rental expired on Amazon. Then Scary Movie Month 2016 started and I forgot I never finished it. I really liked what I saw, though. 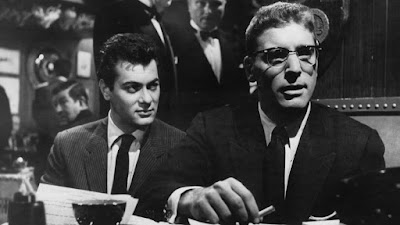 Sweet Smell of Success – They wouldn’t play this weekly on MGM HD for no reason. I need to just have a 24-hour MGM HD marathon and watch all the movies they always play that I’ve never seen. I’m talking this, Speechless, Eight Men Out, The Russia House, Rob Roy, Throw Momma from the Train, At First Sight, Autumn in New York…I love this channel.

Touch of Evil – I’ve seen the opening shot a few times. I know Charlton Heston plays a Mexican and Orson Welles had a lot of guts. No more excuses. I’ll finally check this out if for no other reason than to nod when Chili Palmer talks about it in Get Shorty.

The Towering Inferno – I saw The Poseidon Adventure and loved it about ten years ago, but for some reason never continued down a ‘70s disaster movie path. 2018 is when I’ll remedy that. As long as Paul Newman makes it, I’m good. If he doesn’t, I’m good, too, because I’m a grown-up.

Twin Peaks: Fire Walk with Me - I’ve seen (and loved) almost every David Lynch movie, but never got around to seeing the Twin Peaks TV series (except the “Gotta Light?” episode from this year, which scared the shit out of me) so I thought it would be fruitless to see this movie. Whatever. I like my Lynch best when I’m confused so why not go in cold?

Urban Cowboy – Being as big of a John Travolta fan as I am, I’m sort of embarrassed I never saw this. How did that happen? He rides a mechanical bull! We need more movies where the main character rides a mechanical bull (e.g. Roman J. Israel, Esq. was good but could have been great). I’ve never ridden one myself, but I went into a cage and danced at a club once and lasted about thirty seconds before a bouncer told me to get out of there. 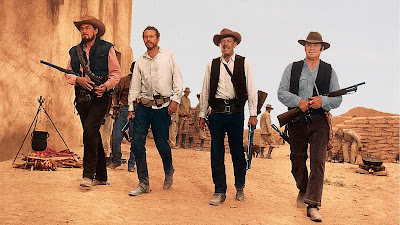 What classic movies do you want to see for the first time in 2018?
Posted by Patrick Bromley at 5:00 AM