Check out these double features while you wait for the ice cream truck to drive past your house.

Patrick: It speaks for itself. A truly influential artist finally gets his due.

Adam: My favorite things about Raja Gosnell are his name is Raja Gosnell and that he’s a Chris Columbus guy. What a terrible directing filmography! What an amazing editing filmography! He’s one of those filmmakers I’d let crash on my sofa but not direct my screenplay. I’m pretty sure my Mom took me to see Teen Wolf Too twice at Barrington Square. Everyone in Never Been Kissed should have wound up in prison at the end of that movie.

Adam: I have a problem. I can’t stop doing the Percy Rodriguez impression. This night is for me to go full tilt. Should the seance be between movies or after Popcorn?

Patrick: Between movies for sure, because then we can get him to introduce the second feature. “Buy a bag, go home…in a box.” Percy was the GOAT. 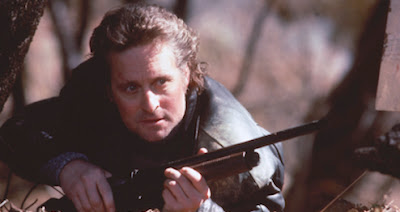 Patrick: I’ve never seen The Hunted! I was going to do a whole J.F. Lawton theme so I could program the trailer for Pretty Woman a second time, but I blew it with my all-Raja Gosnell lineup and didn’t want to do the same gag twice.

Adam: The Hunted (1995) is on my bucket list of movies to see before I die. I saw the trailer before Demon Knight in 1995 and was mesmerized and then just never saw it. I’m much more of a Christopher Lambert fan now than I was then so I have to see it soon. Pairing it with Black Rain (another movie I’ve always wanted to see but never have) sounds like a dream come true. If we do another Friday Night Double Features podcast, I think this is the double bill I’m picking of yours to watch. Well done, sir. Well done.

Adam: I wanted to make this a double feature of movies that were no. 1 then fell down the list at the box office and later returned to no. 1, but I couldn’t find that list anywhere. I went with the second-best thing which are movies that were no. 1 at the box office for 5 weeks back in the ‘90s. I think Basic Instinct (which I revisited not too long ago and is even better than I remember; it’s a good movie not just a sexy one) and The Silence of the Lambs would play well together, don’t you? Plus, this trailer block is nostalgia central. Our audience will love it. This is a guaranteed sell out is what I’m saying, and we need the business. 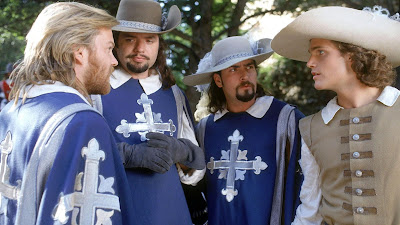 Patrick: I struggled with a theme for this one. Do you have a favorite of all these songs? I love “Everything I Do (I Do It For You)”, but if I’m being honest I might have to go with “Love Touch” from Legal Eagles. It’s so good. Also, this adaptation of The Three Musketeers rules and I thank you for programming it.

Adam: If we’re talking “Everything I Do (I Do It For You)” vs. “Love Touch” vs. “All for Love,” I’ll go with “All For Love.” I love how music-centric this double feature is; we could even play "It's Probably Me" from Lethal Weapon 3! The Three Musketeers (1993) is one of the unsung gems of the ‘90s.

Adam: I toyed with making this a double feature of Italian Epics with Once Upon a Time in the West but that would be too long of a night, so I went with the obvious and programmed another Eastwood Western from the ‘60s. I need to see a lot of his Westerns. Where should I start? I’ve seen The Dollars trilogy, Unforgiven, and (of course) Cry Macho. Am I crazy for liking For A Few Dollars More the most of the Dollars movies?

Patrick: I don’t think you can really go wrong with any of the Dollars trilogy, though I’m a GBU man myself. I went on an Eastwood tear last year and watched or rewatched a ton of his movies. I really like Joe Kidd and Two Mules for Sister Sara and Pale Rider and The Outlaw Josey Whales. You can’t go wrong with any of those. 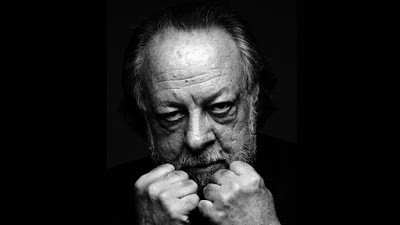 Patrick: The late, great Ricky Jay is a welcome presence in any movie, and while he mostly appeared in David Mamet’s stuff, I wanted to highlight some of his non-Mamet work. He never had a really great role in a non-Mamet project (save maybe for Boogie Nights), but I’ll always get excited for him to show up in something I’m watching.

Adam: I support this although I have a very specific Ricky Jay allergy because he reminds me of my uncle who always asks me why I didn’t become a doctor or a lawyer EVERY TIME I SEE HIM. He doesn’t even do it because he thinks it’s funny and wants to get a rise out of me. He just wants me to know how disappointed he is. Anyways, rewatching Redbelt and The Prestige seems like a good night at the movies.

Patrick: Can we get your uncle to host?

Adam: I wanted to make a tribute to Jeffrey Boam because he was one the first writers I recognized by name when I was growing up since he was tied to several movies and shows I loved (especially The Adventures of Brisco County Jr.). I’m glad you picked Straight Time, which was one of my favorite new-to-me discoveries of last year. It’s the best.

Patrick: I totally picked it because you tweeted about it being good Theresa Russell the other day. I have no idea if these movies will play together or not, but I love that trailer block a lot. J-Boam has a pretty great resume. 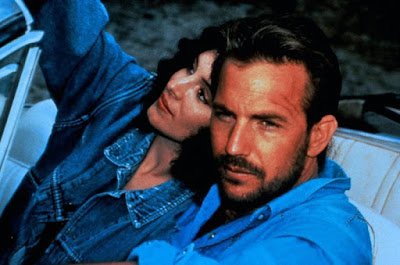 Patrick: I had a hard time pairing Ridley Scott’s Robin Hood – a movie I don’t hate – with anything I felt like watching, so I went with a Tony Scott movie I love and came up with the theme from there. Most sibling directors make movies together, so the Scott brothers (and the Weitz brothers, I guess) are sort of a rarity. If you could only watch Ridley or Tony’s filmography for the rest of your life, whose would you pick? I feel like I can guess the answer.

Adam: Robin Hood (2010) was ruined for me because I remember Russell Crowe and the rest of the cast (that made up his Merry Men) did this during the junkets and I somehow still remember it 12 years later. Also, Costner’s my Hood so supporting any other Robin would be like cheating on him. I would definitely watch Tony Scott’s filmography if I had to choose. I like many Ridley Scott movies, but Tony’s more my sensibility. I need to revisit Revenge. I just hate that they killed that dog.