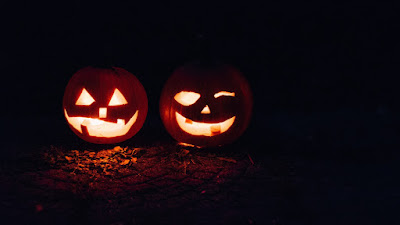 The review duo who are stopping and smelling the roses. 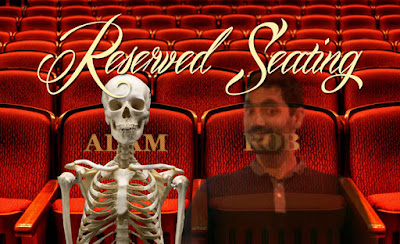 Adam: Rob! How’s your October been so far? Any highlights (movie or non-movie related)? On the scary movie side, I think I had my high point last night when I saw Tremors for the first time. It’s pretty much the best giant monster movie made since the 1950s. The cast is terrific and every scene is just right. I’m glad I finally watched it. The rest of my new-to-me viewings have been mostly underwhelming, but I’ve really enjoyed many of my rewatches this month including Halloween 4: The Return of Michael Myers, Joy Ride and Bram Stoker’s Dracula. These all went from movies I like to movies I love. That’s a feeling just as satisfying as finding a great new discovery.

Non-movie related, the best is still yet to come (I’ll get into that later), but I’m having fun watching a bunch of videos on this YouTube channel called Dead Meat. It’s a guy who does theatrical vs director’s cut comparisons for horror movies and franchise rankings. He also has a “kill count” series for certain movies, which are good as a map through a movie if I’m going back and forth on whether I want to watch a particular franchise entry this month or not. Also, Corpse Club, Shock Waves, Post Mortem, and (of course) non-me episodes of F This Movie have been great to listen to this month, too.

Rob: My Scary Movie Month is going pretty well! I’m not feeling burned out at all, and I’m actually dreading the month ending.

Adam: Yep, me too. I had a day or two of burnout early last week but that was just a temporary lull.

Rob: As I mentioned on the Silent Hill show, this year I’ve had a much easier time choosing movies to watch and not feeling like I have to stick to a schedule or use valuable October time exclusively on new-to-me stuff. I’m not watching anything that feels like homework, which is nice. I’m at thirty movie viewings (as of this writing), nineteen of which were new to me. I think my favorites so far have been Nina Forever, Vampire’s Kiss, and Murder Party. I’m definitely going to be writing something about Nina Forever after I’ve digested it a bit (probably next Scary Movie Month). It’s one of those movies that feels like it was made just for me. I don’t know who Vampire’s Kiss was made for, but you and I were talking about how much we enjoyed it as a savage, American Psycho-esque takedown of ‘80s yuppie culture. I think the Nic Cage performance, memed to death though it may have been, really works in that context. Murder Party was an unexpected tonal shift from Jeremy Saulnier’s other films, but it’s a great low-budget idea executed with a lot of charm. 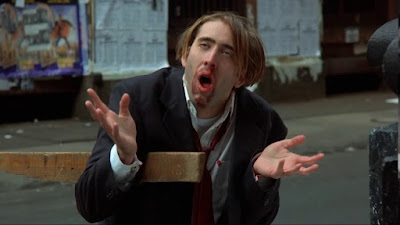 I also finally watched Shudder’s The Last Drive In with Joe Bob Briggs. I know this’ll probably sound like sacrilege to a lot of readers, but I didn’t grow up on MonsterVision or any of Joe Bob’s other TV work. So while I’ve heard him in interviews and generally understood him to be a well-respected authority on schlock, I had no other context for who he was or what he did. He’s great! I grew up with Mystery Science Theater 3000, and while I still hold a special place in my heart for that show, Joe Bob’s presentation is obviously more interesting and informative. I really enjoyed it.

Adam: Yeah, I grew up on other people’s experience with MonsterVision more than my own. I think I watched two or three of the movies of The Last Drive In and was really impressed with how much analysis Joe Bob Briggs provides in an avuncular, goofy framework.

Rob: As far as non-movie stuff, I’ve been enjoying the usual coverage from our favorite sites and podcasts. I liked this week’s Shock Waves interview with Axelle Carolyn, writer on the new Chilling Adventures of Sabrina. I’m really looking forward to that show. 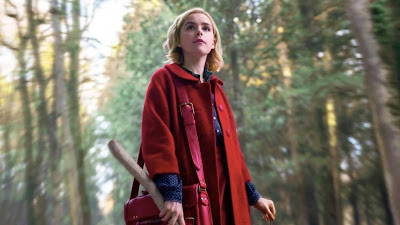 Adam: Sabrina wasn’t something I was seeking out until I saw the trailer. I’m still listening to the interview on Shock Waves but I agree. It looks and sounds pretty awesome. I’m going to ignore my usual Netflix allergy and watch that, The Haunting of Hill House and The Night Comes For Us in November. And Sabrina (1995). I never got around to that either.

Rob: I also enjoyed Patrick’s recent appearance on the Nightmare Junkhead podcast, which got me thinking about trying to do more marathons and double features. You guys are so good at them, but I always have trouble creating those kinds of relationships between movies. My brain isn’t shaped correctly. I’ve also been enjoying the new podcast from Lore creator Aaron Mahnke called Unobscured, which is essentially a deep-dive, season-long version of Lore dedicated to one subject. This first series covers the Salem Witch Trials, which is nicely suited to the season. Other than that, I’m just waiting for my order to come in from the Arrow Video Halloween sale. Stupid UK is across the stupid ocean from the stupid US, so it takes forever.

Adam: I’ve been diving into some recent Scream Factory purchases this month like the House on Haunted Hill remake, Trick ‘r Treat and Creepshow. I can’t get enough of their special features. I’m eagerly anticipating the Sleepwalkers collector’s edition due later this week.

Have you done anything seasonal that’s non-movie-related? I went deep into decorating my place this year and have hosted a couple of movie days with friends and family. I curated 30-minute shorts/trailers blocks between the movies and it may have been the most fun I’ve had all season putting those together. I was worried they wouldn’t flow or play well, but they totally did! I also hit up a haunted house (which was a little weak because I was the front of my group so the scare actors skipped me and went after the people in the back and the middle), visited a couple of pumpkin farms for that sweet muthafucking kettle corn and went to one movie of the 24 hour Music Box of Horrors because I’m old and it was too crowded.

Rob: It’s funny because one of the topics I was going to bring up was Halloween decorations. You’ve sent me a few pictures of what you’ve got set up at your place, and it made me consider getting a bit more into the decoration spirit than I usually do. I’ll see if my local Target has anything worthwhile. Oh, and I heard the movie marathon was a great success! I really wish I’d been able to attend.

Adam: The key I figured out with decorating is to do too much and then scale back. My apartment was looking like a home haunt for a few days, but I soon realized how important breathing room was aesthetically, especially if you’re going to be home watching movies all month long. And I’ve been burning seasonal candles like it’s going out of style.

Rob: I haven’t done anything too seasonal yet, but as the 31st gets closer, I’m sure pumpkins will be carved and hayrides will be...ridden. The one thing I’ve enjoyed a lot has been showing my film class horror trailers every day in October. Exposing them to stuff like Re-Animator and Candyman has been really gratifying. I’ve also got things set up where we’ll start our unit on genre this week and cover horror first, just in time for Halloween. I’ve shown Scream the last two years, I think (I really only have time to show one full movie every few weeks), but I’m considering switching it up this year. Maybe Get Out? 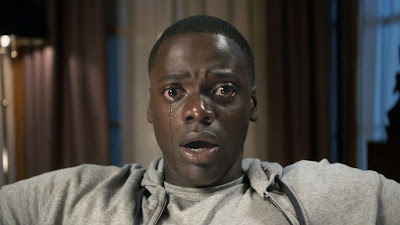 Adam: Get Out would be good. It’s probably a movie they’ve seen but haven’t necessarily talked about at length.

As we’re writing this on October 21st, I have a few things left on my to-do list for the month. I really want to see The Exorcist in a theater for the first time, so I’ll be doing that next weekend. I’m going to try my hardest to make it out to Six Flags to go through the mazes based on the movie Hell Fest (if I don’t do it, that seems like a gigantic miss).

Rob: You must do those mazes. The whole spirit of Halloween depends on it.

Adam: I still need to see Goosebumps 2: Haunted Halloween, bad reviews and all. Of course, the Bromleys are hosting Scary Movie Night, which is one of the best nights of the year. Lastly, there’s Halloween itself, which I plan on working from home for so I can also watch some of TCM’s lineup including Cat People, Carnival of Souls and a bunch of Vincent Price films.

Other things I want to watch before the month’s out: Hocus Pocus (it’s tradition), more of Eli Roth’s History of Horror, Decorating Disney: Halloween (Freeform owns me), the episode of The Goldbergs with Robert Englund playing Freddy, Warlock, Prison, Frailty, Lost Highway, Scream, Mary Shelley’s Frankenstein, Needful Things and Salem’s Lot. I also need to finish drinking all of my cider. 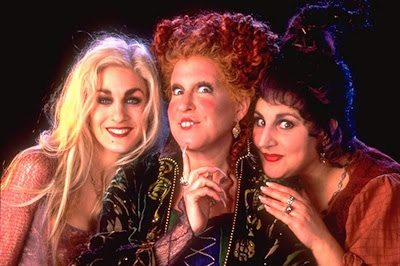 Rob: I’ve still never seen Hocus Pocus. I don’t know how I escaped the ‘90s without it.

Adam: I love it, but I found it at a time I needed it (I was sort of in a sad phase and it consistently cheered me up). What do you have left for the end of Scary Movie Month movie and festivities-wise?

Rob: The new Halloween is on my list, for sure. Although, hang on. Are we going to end up calling this one H40? No one really says “H-Twenty,” so would that work? We wouldn’t say “H-Four-Oh,” would we? Whatever. Moving on. I got in one Hammer movie this month so far (the excellent Horror of Dracula), but I’m feeling like that deep dive into Hammer horror isn’t going to happen. On the other hand, I’ve been saving Pet Sematary, The Mangler, and The Night Flier for the last few days of Scary Movie Month, and I probably will follow through with those. I also want to listen to that Halloween Unmasked podcast. I subscribed today but didn’t get a chance to hear any of it yet. Other stuff still on my list: Mandy, the Hatchet sequels, a Possession rewatch (I still haven’t watched the “complete” version since buying the import Blu), and whatever’s left from our beginning of the month entry.

What are we reviewing for the last week of Scary Movie Month? Should we do Deadly Blessing?

Adam: Sure, that works. Until next time…

Note to the reader: Leave a comment with what you have planned for the end of the month!