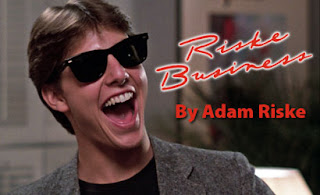 Who had a good summer at the movies? Who hit the skids? What trends are on the rise? Which are sucking wind? I sat down with Jaden Smith and, using multidimensional mathematics, we found the special equation to get our summer movie answers. It was tough. We had to develop a whole new set of mathematics to get to these equations because our mathematics hasn’t evolved enough yet. Anyways, it was a really fun sleepover party. Brody Jenner was there. Bai Ling. Cash bar! Patterns, boom.

DOWN – Adam Sandler/Happy Madison: Grown Ups 2 made money, but I think even Sandler defenders are done with him. I have no idea who is still seeing his movies. I really don’t. Going to them is like licking the floor at a flea market.

DOWN – Anyone associated with The Lone Ranger (i.e. Johnny Depp, Armie Hammer, Gore Verbinski, Jerry Bruckheimer, Disney):  I am a fan of The Lone Ranger but let’s face it – almost everyone hates it. Johnny Depp is now seen by most as lazy and uncool. Armie Hammer has "failed movie star" stamped on his head and Gore Verbinski & Jerry Bruckheimer are losing their autonomy. Expect Disney to take even less risks going forward, if that’s even possible. 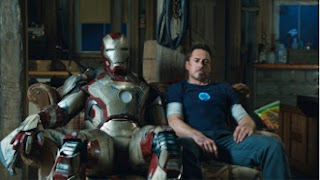 UP – The Avengers & Robert Downey Jr.:  Iron Man 3 performed like a sequel to The Avengers more than the follow-up to Iron Man 2, which cements The Avengers as the brand that will never die. Looking more closely, all of the biggest movies in this series have been the ones where Robert Downey Jr. is involved. This guy has somehow become the most bankable actor in Hollywood – but only in the part of Tony Stark/Iron Man. An actor I can’t stand playing an obnoxious character is the most powerful property in Hollywood. Awesome!

UP – Brad Pitt & Zombies: The success of World War Z shows that leading man Brad Pitt can open just about anything these days. What Hollywood will learn from World War Z is to make as many zombie movies as possible so long as it doesn’t seem too much like a horror movie. They might also learn that shaky-cam action is back in fashion. Fuck my life.

DOWN – Bruce Willis: What a difference a year makes. Bruce Willis was in two of my favorite 2012 movies -- Moonrise Kingdom & Looper -- and he seemed awake in both. This year, he had Red 2 (that awful junket interview that went viral didn’t help) and got ousted by Sly Stallone from The Expendables 3 for being greedy and lazy. 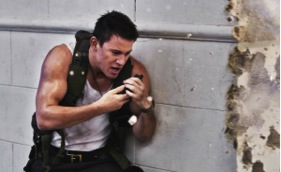 DOWN – Channing Tatum: This one makes me sad a little bit. White House Down was supposed to be Channing Tatum’s Die Hard and vault him into an actor that could open action movies by his name alone. It didn’t happen, though it was not his fault. The movie was shit and lost a bunch of money. Too bad, but I see Tatum as more of a Patrick Swayze than a Bruce Willis anyways. There’s nothing wrong with that.

DOWN – Comedy Sequels: THEY NEVER WORK! This summer, we got Grown Ups 2, Red 2 and The Hangover Part III. To those of you who have high hopes for the Anchorman sequel, I suggest you lower your expectations.

UP – Emma Watson: The Bling Ring and This is the End on top of The Perks of Being a Wallflower proves Emma Watson won’t be typecast as Hermione. 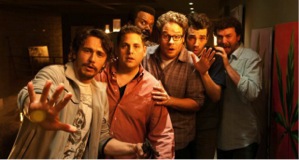 UP – Ensemble Casts: Why cast Will Smith in your movie when you can gross more with an ensemble cast? Look at Now You See Me or This is the End as examples. Most of the actors in those movies have had trouble opening a movie on their own, but when you lump a bunch of them together it becomes more high-concept and marketable.

UP – Ethan Hawke: Ethan Hawke has quietly become a reliable lead for horror/thrillers like Sinister and The Purge while still mixing in passion projects like Before Midnight. The dude has the world on a string wrapped around his finger.

UP – The Fast and Furious franchise: The "We Are the World" of big-budget franchises. Next time you see one, take a look at the audience – Young/Old, Men/Women, Asian/Black/European/Hispanic/White. Even flamingos like Dom & Brian. 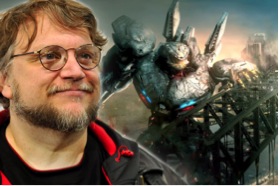 DOWN – Guillermo del Toro: Imagination only gets you so far, Guillermo. Pacific Rim was a disappointment financially and a bit critically (because it was supposed to save summer blockbusters). What this means is that del Toro will have to make movies for less money which I think is the best route for him.

DOWN – Harrison Ford: Holy shit, dude. What is going on with late-career Harrison Ford? Paranoia, casting in The Expendables 3 (can’t wait to see him fall on people and pretend that he’s fighting) and his comatose narration through the Enders Game trailer... this run reminds me of the late-career slides of Orson Welles, Martin Balsam or Joseph Cotton.

DOWN – Indie Breakouts: In past summers, we had The Best Exotic Marigold Hotel, Moonrise Kingdom and Midnight in Paris, but this summer nothing really crossed-over into mainstream success. Before Midnight, The Way, Way Back and Fruitvale Station seemed to disappear once they hit the megaplexes. The Kevin Hart concert movie fared the best. Quality-wise, there were some strong indies like Drinking Buddies, The Bling Ring, Blue Jasmine and The Spectacular Now (the latter two are still expanding, so we’ll see how they do). The momentum seems to be turning away from having indies go to the major theater chains and more towards video on-demand, which I am totally in favor of. 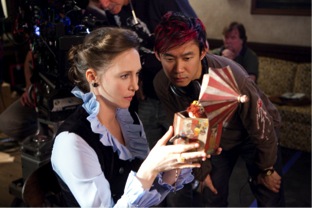 UP – James Wan: The Conjuring coming after the success of Insidious makes James Wan the king of mainstream horror right now. His movies are low-budgeted, make money and are of high quality. This is good news.


UP – Jason Sudeikis: Small doses is how I prefer my Jason Smugdeikis. He reminds me of Chevy Chase. But We’re the Millers proves that the U.S. wants him as a leading man. Sigh.

UP – Jennifer Aniston: People love desperate hot, I guess. First there was Horrible Bosses, where Jennifer Aniston got all sorts of praise for saying dirty words, and now We’re the Millers where half of the marketing campaign is to see “good girl” Aniston strip. I find it odd that Rachel is basically on the Mount Rushmore of women since she seems to be just trying to repeat Christina Aguilera’s "Dirty" phase. Anyways, We’re the Millers is a hit, so she’ll be in at least another decade of shitty comedies. 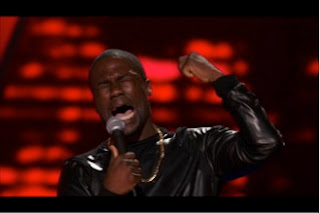 UP – Mainstream Horror/Thrillers: The Purge and The Conjuring cost very little and made a lot of money. Hopefully, You’re Next sees the same success, as it’s very deserving. Mainstream (and indie) horror is in a great spot right now. I’m interested to see where the trend will go, but one thing I’m noticing is that mainstream horror is more akin to thrillers than horror. 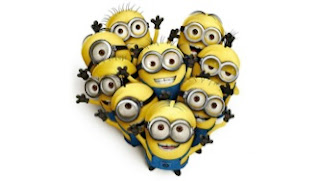 UP – Minions: These things are so fucking popular. I will make a gentleman’s bet with anyone that their stand-alone movie will gross over a billion dollars worldwide. All of this for things that look like they came from a claw machine.

DOWN – Neill Blomkamp: Elysium is making most people wonder if District 9 was a fluke. Are you a visionary director or not, Neill Blomkamp?

DOWN – Nicolas Winding Refn: Only God Forgives was so bad it’s making people question if Drive was really that good. 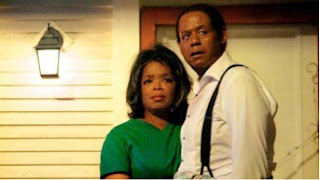 UP – Oprah Winfrey: Lee Daniels’ The Butler opened big this weekend and was met with strong reviews. I’m happy for Daniels, but honestly I think Oprah had a lot to do with the movie’s success. There’s a huge fan base that will give an Oprah project a chance sight un-seen.

? – Pixar: As I mentioned in my review, I liked Monsters University more than I thought I would. However, the sequel is on pace to make less money than Monsters Inc. domestically (but more worldwide) and the reviews for the sequel were not as flattering. Then Disney greedily opted to open the sort-of Pixar Planes in theaters, which seems to me like it cheapens the Pixar brand overall. The main reason for Pixar being a question mark, though, is that they used to rule the CG animation roost and now the field is more spread out – Universal’s Despicable Me 2 is the second highest-grossing movie of the year so far and Dreamworks Animation has outgrossed Pixar collectively by almost double since the beginning of 2011.

UP – R-Rated Comedies: This summer was big for comedy: The Heat, This is the End and We’re the Millers were financially successful and all rated R. On the other hand, The Internship (rated PG-13) tanked.

DOWN – Ryan Reynolds: He’s bringing his own nails to the coffin party. Go back to independent movies and comedies, please. You’re talented but you’re not the action hero of the future.

DOWN – Straight-Up Action Movies: This makes me sadder than almost anything else. With White House Down tanking and 2 Guns failing to live up to expectations, we are going to see even fewer action movies that don’t have anything to do with superheroes or an established property.

UP – Sandra Bullock & Melissa McCarthy: Further reinforces that Bullock and McCarthy can open a movie. I hope they pair up again. I just hope it’s for a funnier movie than The Heat. 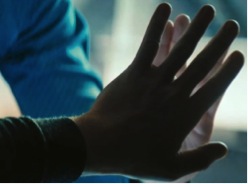 ? – Star Trek:  Although I still found it entertaining, the general consensus seems to be that Star Trek Into Darkness was a failure. Creatively, it was a sequel of diminishing returns, opting to become a greatest hits fan reel instead of its own thing like the 2009 Star Trek (even Karl Urban said so).  Financially, the sequel made less money domestically than the reboot but more worldwide. So, get ready for more action, less dialogue when the next Star Trek opens in a few years.

DOWN – Superman: Even though Man of Steel is the third highest-grossing movie of the year and far out-grossed Superman Returns worldwide, many people thought it was a disappointment creatively. Warner Bros. seems to believe this too, because they are plopping Batman into the Superman sequel. They don’t seem to have much faith in Supes as a character that can drive his own movie. Also, question for the Comic-Con crowd: why the hell are you excited about a Batman and Superman movie directed by the SAME GUY who directed the Superman movie most of you don’t like?

DOWN – Vince Vaughn/Owen Wilson: The world has spoken. You’re not funny anymore and your act has worn thin. Go away, please. The Internship was painful. I once described it as like watching your grandpa dance at a wedding to the song "Blurred Lines" and then shitting his pants before the song ends. It’s embarrassing for everyone. 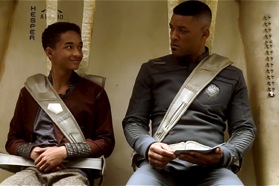 DOWN – Will & Jaden Smith:  It was a bad summer for the Smith’s. After Earth (it’s FINE!) was a disaster for them and confirmed that Will Smith is not the mega-star he once was. Will Smith has become so protective of his brand that he seems to have missed that his fanbase has grown up and he should have grown up with them. As for Jaden, After Earth is the kind of movie that’s going to put him in movie jail for a while.

UP – Woody Allen: Blue Jasmine is good! Now everyone will forget that To Rome with Love is the worst. So it goes for the career of Woody Allen.

DOWN – X-Men: While almost anything Marvel-related is making crazy bank, the X-Men franchise is progressively making less money. The Wolverine is going to make less money than any other X-Men movie. This means that there will never be another stand-alone X-Men character movie. Too bad, because I much prefer X-Men movies to the Avengers movie and its spinoffs.

Who/What do you think had their stock rise or fall this summer?
Posted by Patrick Bromley at 12:00 PM

Email ThisBlogThis!Share to TwitterShare to FacebookShare to Pinterest
Labels: after earth, guillermo del toro, iron man 3, riske business, summer 2013, summer movies, the conjuring, this is the end, white house down