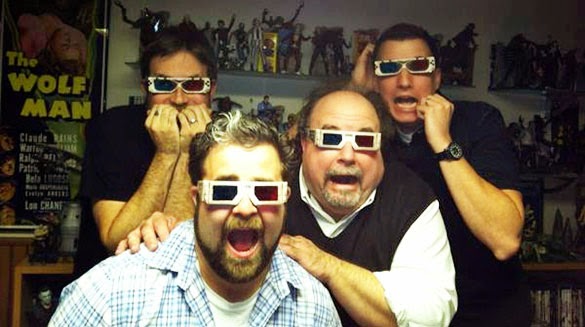 I'm in Chicago this week (yay!), which means this week's column is SUPER lazy (boo!).

Some newer readers of F This Movie! might not be aware that this is the fifth(!) annual Scary Movie Challenge. Which means that Patrick (and company) have been providing great content -- including fun lists -- for YEARS. Let's take a stroll down NIGHTMARE lane, shall we? 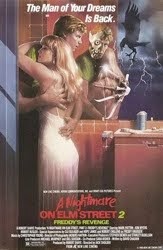 The site's very first #ScaryMovieMonth list, courtesy of Patrick. It was published at a time when not many people read the site, nor commented below the articles (obviously). Still, a lot of hard work went into this! To show your appreciation, the easiest thing you could do is at least READ it, no? 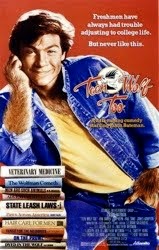 Sure, while our werewolf video from last year pretty much went VIRAL, this column came first. Respect your forefathers, is what I'm saying. And Patrick worked his butt off to write this! You should read it! 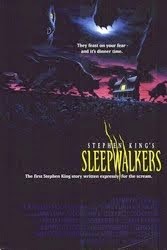 What? No reference to The Langoliers? I call shenanigans on this INCOMPLETE list. Oh, wait, he says right there in the intro, "No made-for-TV movies." Rats. Still, you should read it. READ IT! Bonus: in the comment section, Patrick calls me a "Raftard" for liking Creepshow 2. #theheartwantswhattheheartwants 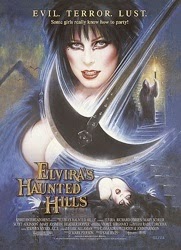 The year: 2011. The place: Chicago. The list: horror comedies. The feedback: one reader comment. Isn't it about time to correct this injustice? Read it! For equality!

5. Our Favorite Moments in Horror Movies 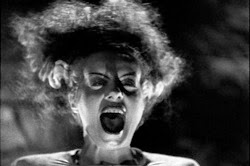 Wha-wha-WHAT?! Our inaugural #ScaryMovieMonth GROUP list! "What a treat!" -you. And if you don't think the clown from Poltergeist is the scariest thing ever, then you, sir (or ma'am) don't know HORROR. Or, at least, you don't know what it was like to have a paralyzing fear of hamper clowns as a small child. 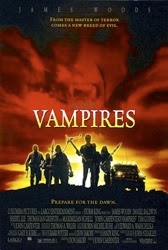 A second group list ("You're welcome!" -us), this one focused on bad stuff that we secretly love (a hallmark of F This Movie!). Bonus: in the comment section, a newcomer named "Heath" -- who definitely didn't write for the site yet -- chimes in with his obsequious opinions. Praise will get you everywhere, Mr. Holland (that's "Hollywood" to his friends)! 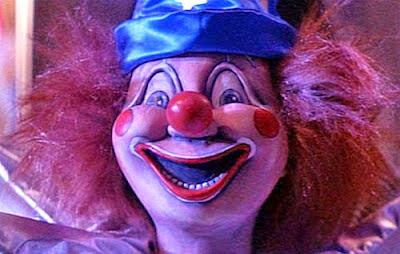 This "group list" thing really caught on, even a year later. You can tell I've only seen, like, two scary movies, because that GODDAMN CLOWN FROM POLTERGEIST KEEPS POPPING UP. But this column isn't about me ("WHAT?" -me), so read everyone else's opinions, too! From Mike's fear of the Xenomorph in Alien to Erika's disgust/secret lust of Captain Spaulding in House of 1,000 Corpses/The Devil's Rejects. And woah, 2012 must've been the year that all you wonderful readers "discovered" the site, because there's actual feedback below the article! 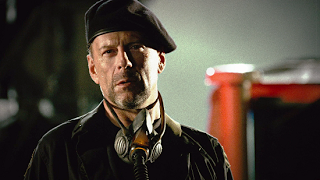 Ooooh, a crossover column! Who doesn't love both #ScaryMovieMonth and Patrick's love letter to the '80s, #HeavyAction. The answer? Nobody. Nobody doesn't love both. Also, YEEESH those horror movies featuring action stars. Some bottom-of-the-barrel garbage, AMIRIGHT? 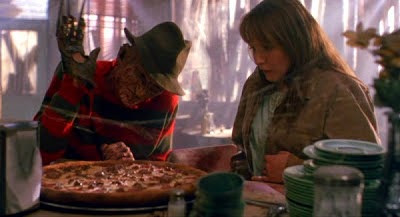 Yeah, it's been done before (um, the VERY FIRST #ScaryMovieMonth LIST!), but this article featured everyone's favorite franchise, not just Patrick's. Well, I shouldn't say "everyone." Where's that asshole Doug? 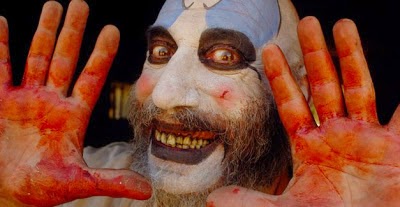 At this point, we're just spoiling you guys with all this #ScaryMovieMonth gold. Who doesn't love group lists about horror films? 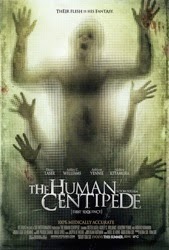 If you dig discord, then you'll love this feature, as we all pile on the hate. Read about why we REALLY don't like certain horror movies. And it's harder than it looks. Both Mike and Patrick noted (in their sections) that there are so many bad, boring and ugly scary movies (HUNDREDS, even), that it's nearly impossible to pick a least favorite. Still, we try. And if you disagree with any of our choices, post your counterargument in the comment section. We're nothing (NOTHING!) if not open to suggestions. 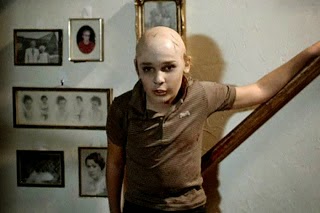 Patrick's all, "Enough of this 'group list' nonsense. I got this." Who's your favorite monster kid? Mine is featured in the pic above: Tommy Jarvis from Friday the 13th: The Final Chapter (1984). Well, "favorite" might be a little strong. Let's just say that I stumbled upon this movie the other night on AMC (literally, like three days ago), and I couldn't stop myself from LAUGHING OUT LOUD at the ridiculous image of Corey Feldman sporting a bald cap. So, yeah -- for now, it's gotta be Jarvis. 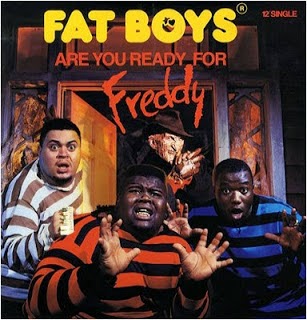 If you love scary movies AND music (I'm looking at you, Melissa Henderson), then this column is a must-read. So read it, you must! READ. IT. Then thank me in the comment section.

14. Six Horror Movies Almost Directed by Someone Else 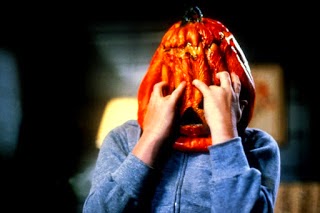 Digging deep into his cavernous well of horror movie knowledge, Patrick schools us all with an insightful, in-depth post about the behind-the-scenes process of making horror films. I like to call Patrick "The Movie Guy." It's because he knows so much about movies. It's a pretty clever nickname, if I do say so myself.

15. Five Movies That Made Me Love Horror 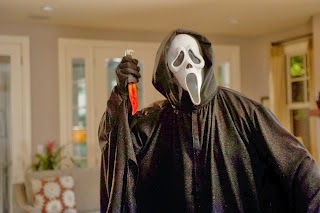 Let's end here, with the site's final #ScaryMovieMonth list from 2013 (I'm assuming you are intimately familiar with this year's offerings). If you're interested in a little biographical info on our fearless leader -- the aforementioned "The Movie Guy" (I'm referring to Patrick, and no one else) -- check this out. While you're at it, read another personal post about how Patrick "Learned to Love the Slasher." Dude loves the slasher so much, he couldn't WAIT till October to publish his thoughts. Gotta respect that level of passion.
Posted by Patrick Bromley at 6:00 AM